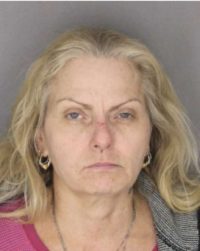 Cannelli previously pleaded guilty and admitted that on March 10, 2017 she and her co-defendants acted in concert and unlawfully entered a home with the intent to assault the resident. As a result of their actions during the commission of the burglary, the resident of the home suffered physical injury.  Additionally, on October 29, 2016 she unlawfully possessed more than an eighth of an ounce of cocaine.

District Attorney Heggen stated that Cannelli was the final co-defendant to be sentenced with regard to the Milton home invasion, which Heggen noted was not a random attack, but rather a drug-involved crime.  The police investigation revealed that Cannelli was the ringleader who organized and directed the involvement of her co-defendants Timothy Sims, Linda Sims and Arthur Brust, Jr. regarding the home-invasion burglary.  All three co-defendants were previously sentenced with regard to their involvement in the burglary.