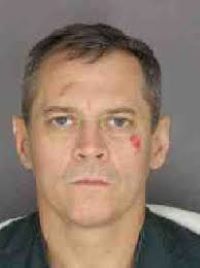 Judge Kathleen B. Hogan, substituting for Hon. James A. Murphy III due to Judge Murphy’s prior prosecution of Crannell while Saratoga County District Attorney, sentenced Crannell to twelve (12) years in State Prison followed by five years of post-release supervision after reviewing Crannell’s extensive criminal record, hearing statements from the crime victims, and taking issue with Crannell’s continued refusal to accept responsibility for his crimes.  Judge Hogan also issued Orders of Protection for all victims that will last for the next twenty (20) years.

At the time of his plea, Defendant Crannell had admitted that on July 15, 2019 he unlawfully entered a dwelling within the Town of Day with the intent to commit a crime therein.  Once inside, Crannell ransacked the home and piled a collection of valuable items outside the house.  Crannell was soon caught in the act of burglarizing the home by the homeowner’s young niece who contacted her father and the authorities.  Members of law enforcement quickly arrived, located Crannell at the bottom of the driveway surrounded by the stolen items, and placed him under arrest.  Due to law enforcement’s quick response and extensive investigation, all of the items were returned to the home owner and no one was harmed.

Crannell later claimed that he had no recollection of his actions due to an undefined “psychiatric issue” and could therefore not be found guilty. That claim was later debunked by a Court-ordered psychiatrist who determined that Crannell was “malingering amnesia… to deny responsibility for his actions.”

District Attorney Heggen thanked the Saratoga County Sherriff’s Department and the crime victims for their hard work, perseverance, and commitment to ensuring that justice was done and Crannell was held accountable. The case was prosecuted by Assistant District Attorney Joseph Frandino.