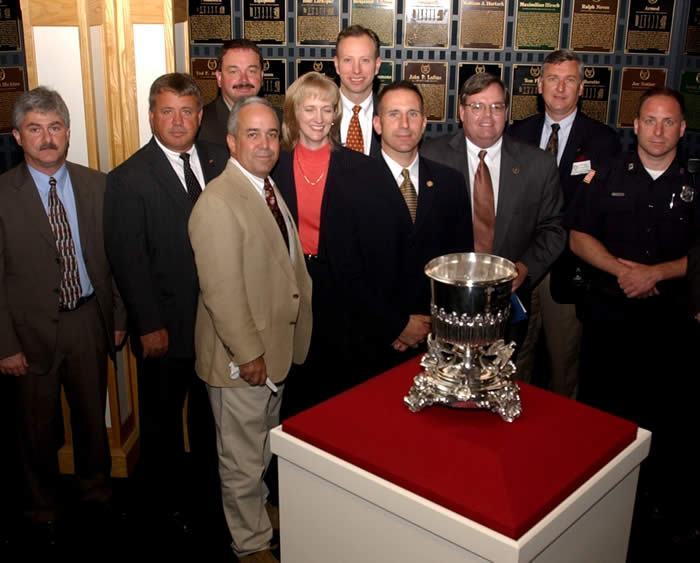 DA Jim Murphy and members of the task force who assisted in the return of the Agua Caliente Cup won by Seabiscuit in 1938 are pictured here, taken at the National Museum of Racing across Union Avenue, from the Saratoga Flat Track in Saratoga Springs.  Col. Howard (in the camel jacket), a descendant of the original Howard family from California, the owners of the legendary horse, Seabiscuit, stand with members of the Saratoga Springs Police Department, New York State Police, FBI, and the National Museum of Racing.  The trophy was safely recovered after it had been missing for nearly 30 years.  The cup was donated by Howard to the National Museum of Racing and is on display for the public to view. To read more about the Howard Family and the famous horse, Seabiscuit, and his history, please “click” on the following link about Seabiscuit.