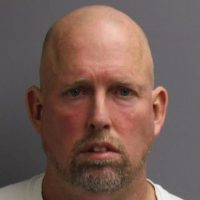 Saratoga County District Attorney Karen A. Heggen announced today that Peter D. Hockford (DOB 5-3-69) of Schuylerville, NY was sentenced before Saratoga County Court Judge James A. Murphy, III, to 10 years in prison plus 5 years of post-release supervision for his March 4, 2019 guilty plea to the Class “A-II” Felony of Criminal Possession of a Controlled Substance in the First Degree, in violation of New York State Penal Law Section 220.18(1).  The charges stemmed from a major drug bust by the New York State Police on November 30, 2018.

Hockford admitted to having more than 4 ounces of cocaine at his home when arrested by the police.  The street value of that amount of cocaine is estimated to be more than $10,000.00.

DA Heggen stated, “Law enforcement identified Hockford as a significant supplier of cocaine in Saratoga County.  We are very pleased that a small, tight knit community like Schuylerville can rest assured that this channel of drugs has been stopped.  Members of law enforcement and my office work tirelessly to arrest and prosecute individuals who are in possession of such large amounts of drugs, as they are people who look to sell and profit from the distribution of illegal substances like cocaine.  The amount of cocaine possessed by this defendant was substantial-  similar to amounts possessed by drug dealers- not amounts possessed by those for personal use. My office works daily with the treatment community to divert those who suffer from the disease of addiction into treatment, while holding suppliers who possess and look to sell such large amounts accountable for their actions.”  Heggen praised the work of the New York State Police for their thorough investigation.  The case was prosecuted by Assistant District Attorney Jesse L. Ashdown.