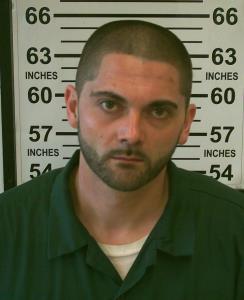 Saratoga County District Attorney Karen A. Heggen reports that Paul Pike, of Saratoga Springs, New York,  was sentenced on February 8, 2021 by Saratoga County Court Judge James A. Murphy, III to a 3 to 6 year indeterminate term of incarceration in a state correctional facility for his conviction for Vehicular Assault in the First Degree, a “Class D” felony, in violation of New York State Penal Law Section 120.04(6) regarding an incident that occurred on June 10, 2020 in the City of Saratoga Springs.  An investigation by the Saratoga Springs Police Department, determined that while defendant Pike was driving a Honda Accord traveling on Route 50 in the City of Saratoga Springs, just south of the Saratoga Performing Arts Center, he crashed into a telephone pole on the side of the road after traveling over 100 feet on the shoulder of the roadway.  There were two passengers in the Accord when it crashed- an adult male in the front passenger seat and the defendant’s seven-year-old son in the back seat.  The seven-year-old suffered serious physical injuries, including a fracture of his skull, a severe brain bleed and a laceration to his face.

At the crash scene, the defendant failed multiple field sobriety tests administered by a Drug Recognition Expert of the New York State Police.  It was determined that Pike was impaired to safely operate the motor vehicle by a number of drugs.  A subsequent chemical tested revealed the defendant was impaired by a number of drugs, including suboxone, Vyvanse and klonopin.

District Attorney Heggen noted that “This case is an example of the terrible decision making of the defendant to get behind the wheel of a car when he was impaired by a number of drugs and was unable to safely operate the vehicle. The resulting crash and injuries sustained by his son were the tragically results of defendant Pike’s terrible decision to drive while impaired by drugs.  DA Heggen commended the collaborative investigation by the Saratoga Springs Police Department and the New York State Police Drug Recognition expert in securing the evidence needed to support this conviction.  The case was prosecuted by Assistant District Attorney Shawn M. Lescault.