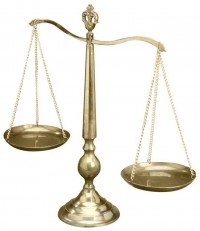 Saratoga County District Attorney Karen A. Heggen announces that today, October 23, 2015, just after 4:00 pm, a Saratoga County Court Jury delivered a verdict to Saratoga County Court Judge James A. Murphy, III that they had found Meikka C. Norman DOB 5/26/75 guilty of Offering a False Instrument for Filing in the First Degree, a class E felony, in violation of Penal Law Section 175.10 and Attempted Welfare Fraud in the Fifth Degree, a class B misdemeanor, in violation of Sections 110.00 and 158.05 of the Penal Law. Defendant Norman, of Rexford, was found to have submitted falsified documents to the Saratoga County Department of Social Services in July 2014 in an effort to obtain additional welfare benefits.

Evidence presented at the trial showed that the defendant had doctored a 2012 receipt for child care services to appear as if child care was provided in the summer of 2014, and then submitted the receipt to the Supplemental Nutrition Assistance Program (SNAP, formerly Food Stamps) in an effort to pad her benefits. The fraud was discovered prior to any benefits being paid.

The four day trial was prosecuted by Assistant District Attorney Daniel J. Kopach, assisted by Assistant District Attorney Adele M. Kurtz. DA Heggen praised the efforts of Kopach and Kurtz: “ADA Kopach laid out a methodical, complete case detailing the defendant’s familiarity of the Social Services system to demonstrate that the defendant intended to defraud the government. The Department of Social Services exists to provide benefits to those less fortunate, so it is imperative that this helping hand not be abused by greed.”

Norman was defended by Joseph W. Hammer, Esq. and Matthew A. Maiello, Esq. of the Saratoga County Public Defender’s Office. This trial marked the second trial Saratoga County Court Judge James A. Murphy, III has presided over in Saratoga County. Judge Murphy has been assigned by the Fourth Judicial District Administrative Judge Vito Caruso to Schenectady County since taking office in January, 2015. This was done to avoid any conflict concerning cases Murphy was previously involved in when he served as the Saratoga County District Attorney.