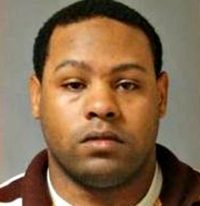 Saratoga County District Attorney Karen A. Heggen reports that Aaron Brinkley (dob 1/26/87) of Saratoga Springs, New York, was convicted today by a Saratoga County jury of one count of Aggravated Cruelty to Animals, in violation of Agriculture and Markets Law Section 353-a, a Class “E” felony.

The Defendant was convicted today of intentionally causing serious physical injury to his 29 pound Boston Terrier “Riko,” with aggravated cruelty. Defendant Brinkley was convicted of brutally beating Riko with a hammer, inflicting injuries that ultimately led to Riko’s death.  District Attorney Heggen stated “We are pleased that the Jury held the Defendant accountable for this especially depraved conduct.”

The trial began last week with jury selection, continued with more than 7 witnesses and over 50 items of evidence.  The proof in this matter relied heavily on the Defendant’s own statements to law enforcement as well as physical evidence collected from the scene of the crime.  The jury deliberated for portions of Friday and Monday.  Assistant District Attorney Katherine DeMartino prosecuted the case with the assistance of Assistant District Attorney Patrick Campion.  Heggen commended the efforts of the Saratoga Springs Police Department for their work investigating this case.