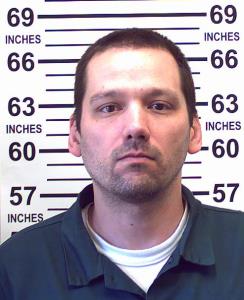 Saratoga County District Attorney Karen A. Heggen announced that David W. Sousa, Jr. (d.o.b. 1/25/76), of Troy, NY, was sentenced today following his guilty plea on May 23, 2017 to the entire nine count indictment against him in lieu of proceeding to trial. Sousa admitted to Saratoga County Court Judge James A. Murphy, III, that he committed the nine crimes contained in the indictment:

Judge Murphy sentenced Sousa today to 9 years of incarceration in a state correctional facility, to be followed by 5 years of post-release supervision for Criminal Possession of a Weapon in the Second Degree.  Judge Murphy also sentenced Sousa to the maximum sentences for each of the other charges noted above.  All sentences were ordered to run concurrently.

Sousa’s plea resulted from an incident emanating in the Town of Saratoga on September 8, 2016, at approximately 1:25 am.  What began as a routine traffic stop for the New York State Police (“NYSP”) when they first observed a vehicle failing to stop at a stop sign, suddenly led to a high-speed vehicle chase when defendant Sousa, the driver, took off and engaged the NYSP in speeds that, at times, exceeded one hundred miles per hour.  Sergeant Mark Leffler of the Saratoga Springs Police Department (“SSPD”), who had been monitoring the pursuit from his patrol unit radio, quickly anticipated the suspect’s route and was able to successfully deploy “stop sticks” across Union Avenue in the City of Saratoga Springs.  The stop sticks worked as designed, puncturing at least one of the Sousa’s tires with its hollow quills and controlled air release.  Law Enforcement then surrounded Sousa’s disabled vehicle several hundred feet away where they observed the driver’s door open and no occupant.  A neighborhood search ensued with Sousa being apprehended a short time later in the area of Mitchell Street by members of the SSPD.

Approximately six weeks later, the NYSP acquired information that Sousa had tossed a backpack containing stolen property on the roof of a building during the foot pursuit on September 8, 2016.  This information was developed as a result of a separate NYSP investigation into car break-ins in Niverville, NY.  The same vehicle the defendant was driving during the high-speed chase was reported to police as a suspicious vehicle in the area of the Niverville car break-ins during August of 2016.  The on-going investigation lead law enforcement to uncover that Sousa, while in Saratoga County Jail, eagerly sought help from others to get rid of the back pack and the incriminating contents that he tossed atop a roof of a building near Mitchell Street in Saratoga Springs.  On October 25, 2016, members of the NYSP discovered and seized the backpack Sousa had thrown away during the foot chase on September 8, 2016 on a flat part of a roof that was not visible from the ground.  Among the many items contained in the backpack included a stolen 9mm Ruger and two stolen badges from members of law enforcement.

District Attorney Heggen praised the extraordinary police work of the members of the NYSP and SSPD who coordinated their efforts so quickly to apprehend Sousa, as well as their continued efforts that ultimately resulted in locating the backpack that contained significant evidence against the defendant.  “The NYSP and SSPD worked closely together and ultimately located the evidence that defendant Sousa discarded on the day of the car chase.  Because of the diligent and continuing efforts of the NYSP and the SSPD, a stolen handgun and stolen law enforcement badges were located.  These are items that, if not recovered, could have been used in the commission of other crimes”.