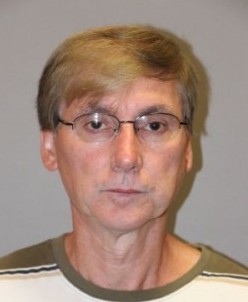 District Attorney Heggen noted that the victim in the Burglary First incident bravely addressed the defendant at sentencing today. The victim stated that she “had no idea that my life was about to change forever as I fell asleep in the early morning hours” of the night of the attack. The victim told Judge Sypniewski and the others in court this morning that “… I began to scream for help, it was interrupted by the defendant choking me until I could not speak as I fought for my life…” The victim went on to detail her struggles, injuries and the items the defendant stole from her residence that night. She said “…the tangible things he stole are replaceable, but my sense of safety that he stole from me is not”.

Assistant District Attorney Jennifer L. Buckley, who handled this case, noted to the Court at sentencing that the defendant, a previously adjudicated level 3 sexually violent offender, is a “predator and menace. His criminal conduct has continually escalated over the past 30 plus years he has been committing crimes. The threat he poses to the community has been removed today for the 30 years he is sentenced to serve in state prison”.

Judge Sypniewski also echoed the comments of the District Attorney’s Office and the victim, that the sentencing today of defendant Dubois to a total of 30 years in prison removes Dubois as a threat to the safety of the community for that term.

DA Heggen commended the efforts of the New York State Police and the Saratoga County Sheriff’s Department, who worked collaboratively to gather the overwhelming evidence to support these two convictions.