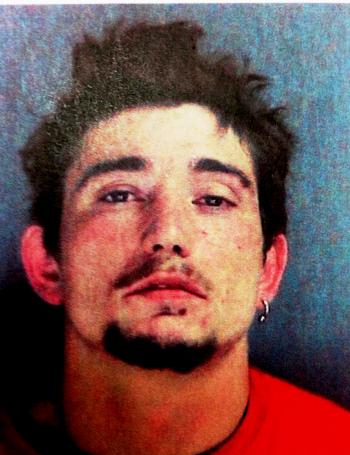 Saratoga County District Attorney James A. Murphy, III announced today that Michael J. Torturo (DOB 9-26-84) of 11 Burrello Court, Mechanicville, NY was sentenced today in Saratoga County Court before Saratoga County Court Judge Jerry J. Scarano to 9 years in state prison with an additional 5 years of post-release supervision for his previous admission to his involvement in 3 residential burglaries that occurred in the Towns of Halfmoon on May 9, and Greenfield on May 11 and the City of Saratoga Springs on May 29, 2012.

Torturo was apprehended in Albany County and admitted to the burglaries in Saratoga County while being questioned by law enforcement. A DNA sample taken at the time of Torturo’s arrest and entered into the DNA databank matched a DNA profile submitted to the DNA databank in the open, ongoing burglary investigation being conducted by the Saratoga Springs Police Department, which ultimately led to his conviction in the city case.

Murphy said “Toturo was stealing then pawning jewelry for cash. He’ll have the next 9 years to think about his crime. The victims are satisfied that he’ll be out of our community for a long time and feel safer as a result. Knowing that someone was in your home is unnerving, now they can know that he is in prison.”