MARK J. WOODARD FOUND GUILTY BY SARATOGA COUNTY JURY OF CRIMINAL POSSESSION OF STOLEN PROPERTY IN THE FOURTH DEGREE AND UNAUTHORIZED USE OF A VEHICLE IN THE THIRD DEGREE 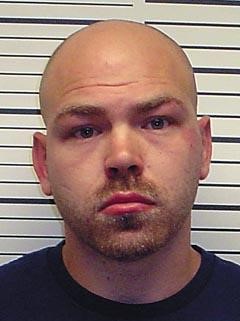 Saratoga County District Attorney Karen A. Heggen announced today that Mark J. Woodard (d.o.b. 5/6/81) of Saratoga Springs, NY, was convicted in Saratoga County Court after a one week trial of Criminal Possession of Stolen Property in the Fourth Degree, in violation of New York State Penal Law Section 165.45(5), a “Class E” felony and Unauthorized Use of Vehicle in the Third Degree, in violation of NYS Penal Law Section 165.05(1), a “Class A” misdemeanor.  The Criminal Possession of Stolen Property in the Fourth Degree charge carries a maximum sentence of two to four years in state prison. The trial was held in front of Saratoga County Court Judge James A. Murphy, III.  The jury began deliberations yesterday and reached a verdict this morning. The jury returned a guilty verdict on each of the two charges that were submitted to them.

The charges in the indictment stem from the defendant’s conduct in the Town of Moreau, Saratoga County in the early morning hours of November 20, 1016. On that date, at approximately 2:50 am, Mark Woodard was found in possession of a stolen Jeep Grand Cherokee that had been taken from the parking lot of the Daily Double tavern in Glens Falls, New York.  While driving the vehicle the defendant crashed into a telephone pole guide wire, causing the stolen Jeep to tip onto its side. The case was investigated by the South Glens Falls Police Department and the New York State Police.

DA Heggen said, “We thank the many citizens and the police officers of both the South Glens Falls Police Department and the New York State Police for their combined efforts in this investigation which resulted in a guilty verdict.”