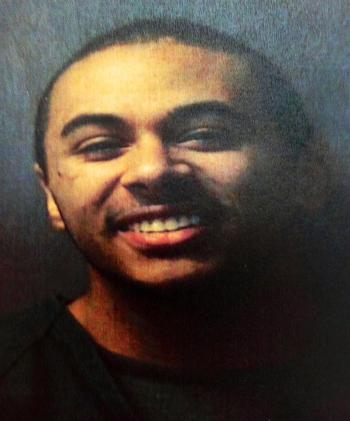 Saratoga County District Attorney James A. Murphy, III announced today that Terrence J. Rudes (DOB 7-22-91) of 9D Windy Hill Road, Ballston Lake NY, was sentenced today to 1 and 1/2 to 3 years in a state correctional facility and after that a 3 year mandatory installation of an ignition interlock device for any vehicle he drives (the 3 year time period begins upon his release from prison), plus a license revocation, before the Hon. Jerry J. Scarano in Saratoga County Court, for the crime of Vehicular Assault in the Second Degree, an E Felony, in violation of Penal Law Section 120.03 (1). The conviction arose out of a car crash involving serious physical injury that occurred on Church Ave., in the Village of Ballston Spa, back on September, 17, 2012. Rudes was heading northbound when he crossed the double yellow line on Church Avenue and crashed head on into another vehicle in the southbound lane of travel causing serious physical injury to the driver in the vehicle he hit. Ballston Spa Police responded to the crash scene and determined Rudes was operating under the combined influence of alcohol and LSD at the time. Assistant DA Patrick Campion handled the prosecution and at sentencing read a victim impact statement on behalf of the victim in the court room detailing how the crash has greatly affected her life and that of her family not just physically, but also emotionally and financially. DA Murphy said “The defendant admitted in court that he was high on LSD and alcohol. Nothing describes his state of impairment better than what the police tell us he said as the scene. “I thought I could time travel and drive through (the other car)… I wanted to see what would happen.” DA Murphy went on to say, “This defendant mixed alcohol and drugs and believed he could time travel like the movie Back to the Future. He told the police that he intentionally drove into the other car to see what would happen. The driver of the other vehicle is fortunate to have only suffered injury and not death. Continuing to send a message that drunk driving and injury results in a prison sentence along with an ignition interlock device and mandatory treatment will deter others in the future.”