Man sentenced to 19 to life for killing mother in Greenfield 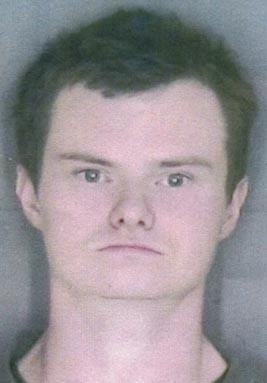 Joshua P. McWain sentenced to 19 years to LIFE for killing his mother September 27, 2013 Saratoga County District Attorney James A. Murphy, III announced today that JOSHUA P. McWAIN (8-27-85), of Greenfield, was sentenced to 19 years to Life before the Honorable Jerry J. Scarano, on his conviction to Murder in the Second Degree, in violation of Penal Law Section 125.25(1), a class “A-I” Felony. On October 27, 2012, the defendant killed his mother, Carol L. Stanford, age 53, after a household argument. The defendant then buried his mother under a shed on their property. On October 30, 2012, concerned neighbors noticed Ms. Stanford’s disappearance and requested that the Saratoga County Sheriff’s Office perform a welfare check. After a short investigation, Mr. McWain admitted to striking his mother with a floor buffer and burying her body in a root cellar under his workshed. District Attorney James A. Murphy, III stated, “I am pleased with the sentence imposed by Judge Scarano, as it holds the defendant responsible for this heinous and violent act. This has been a tragic case from the beginning, as a minor domestic argument led to such a horrific outcome. I commend the work the Saratoga County Sheriff’s Office, who did a very thorough and professional job to bring this defendant to justice and bring a sense of peace to the victim’s family.” A victim statement from Ms. Stanford’s daughter was read into the record, approving of the life sentence, wherein she described the horror of learning that her brother had committed such a heinous act. Assistant District Attorney Daniel J. Kopach and First Assistant District Attorney Karen A. Heggen prosecuted the case on behalf of the People. Saratoga County Public Defender Oscar L. Schreiber represented the defendant.