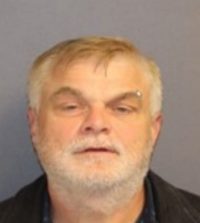 Saratoga County District Attorney Karen A. Heggen announced today that Michael R. Brownell of Northumberland (d.o.b.4/8/70) was arraigned today by Saratoga County Court Judge James A. Murphy, III on a eleven count indictment, charging him with Aggravated Vehicular Assault, a class C felony, Vehicular Assault in the First Degree, a class D felony, Assault in the Second Degree, a class D violent felony, Tampering with Physical Evidence, a class E felony, three counts of Reckless Endangerment in the Second Degree, class A misdemeanors, Driving While Intoxicated, as a misdemeanor, Reckless Driving, a misdemeanor, and Leaving the Scene of a Crash Involving Serious Physical Injury, a class E felony. The top count of the indictment, a class C felony, carries a maximum sentence of between 5 and 15 years, with the possibility for additional consecutive sentences.

The charges in the indictment stem from defendant’s involvement in a hit-and-run crash in the area of Route 32 and Rugg Road in the Town of Town of Northumberland, Saratoga County on September 24, 2021. It is alleged that defendant was driving recklessly and while intoxicated at the time of the crash.  It is alleged that the defendant, while driving at a high rate of speed, failed to stop at a stop sign, lost control of his vehicle, crossed the center line, and struck a BMW motorcycle head-on. It is also alleged that the defendant nearly struck two other motorcyclists in the same area. The operator of the BMW motorcycle was ejected from the motorcycle; and a result of the crash, suffered serious physical injuries to his lower extremities and his upper torso; the victim was transported to Albany Medical Center Hospital for treatment.

Judge Murphy did not set bail, remanding the defendant to the Saratoga County Jail without bail. The court has scheduled an appearance for the defendant on March 18, 2022.  The District Attorney’s Office notified the court and the defendant that they are ready for trial.