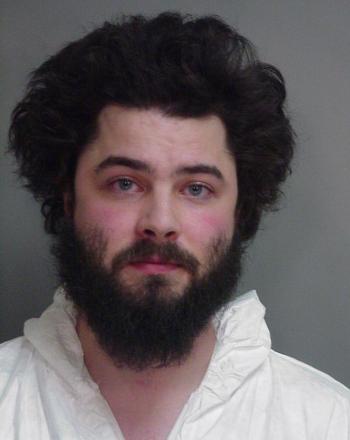 Saratoga County District Attorney James A. Murphy III announced today that Judge Jerry J. Scarano sentenced Daniel P. Taylor (d.o.b. 10-10-83) of 500 South Shore Road, East Caroga Lake, NY to the maximum sentence allowed by law – 7 years determinate state prison term to be followed by 3 years of Post Release Supervision on his conviction for Assault 2nd Degree, a violent felony, and 1 year sentence for Criminal Possession of a Weapon, a misdemeanor.
Taylor was convicted of eviscerating the victim, more than 16 inches across his abdomen causing his intestines to fall out of his body. The victim spent 7 days at Albany Medical Center and continues to suffer from digestive disorders to date.

The trial lasted almost 3 weeks. The prosecution called 25 witnesses including the victim. The defendant testified on his own behalf, told the jury he threw the knife away and he was afraid of the victim who was older and smaller than him. The jury did not believe he stabbed the victim in self defense. The knife was never recovered.
The victim gave an emotional victim impact statement which included an account of the physical and mental trauma he suffered and continues to suffer to date. “The pain in the initial months was excruciating beyond words…he (the defendant) has sentenced me to lesser quality of life for the rest of my life…he deserved the maximum sentence.”

The stabbing took place in a dark corner of the parking lot of the former Northern Lights, (now known as Upstate Concert Hall) a dance club/bar and music venue in Clifton Park, New York. The 2 day music event was called “Rat-atat-tat” where there was music, tattoo artists and tarot card readers. The featured band was “Sick of It”.
The conviction stems from an incident where Taylor attacked the unarmed man in the parking lot who he believed was following his girlfriend. After the brutal stabbing, he walked away from the victim, then discarded the knife he had brought with him in an effort to hide it from authorities and caught up with the girlfriend.
District Attorney Murphy said “”the judge listened very carefully at trial and to the statements and recommendations made at the sentencing. The maximum sentence sends the defendant a strong message about such a violent and senseless act. Justice has been served.”