Judge increases kidnappers bail to $100,000 as risk of flight increases 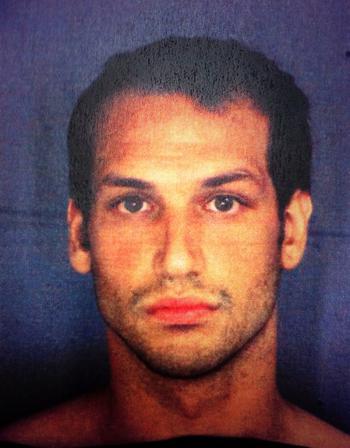 Saratoga County District Attorney James A. Murphy, III announced today that his office requested that bail be increased to $50,000 cash/$100,000 bond in the case of People v. Ryan Place, the man indicted for an alleged kidnapping of a former girlfriend in the Town of Saratoga on Brown Road. Ryan Place resides at 309 Greenfield Rd. and the Town of Milton, dob 7-25-85. He is presently incarcerated in the Saratoga County Jail. Bail had previously been set in town court at $25,000 cash/$50,000 bond.
The charges of Kidnapping in the 2nd Degree carry with them a maximum sentence of 25 years in prison. The eleven count indictment alleges these crimes occurred on July 21, 2013 in the Towns of Saratoga and Milton.
The defendant at the time of the alleged kidnapping had an ankle bracelet monitored by his parole officer for a conviction of Attempted Burglary and Criminal Possession of Stolen Property where the defendant received a sentence of 7 and 1/2 years to 11 years in prison. In addition, prior to sentencing on that charge, he fled New York State to Texas and was extradited from Texas. Further it was argued during the bail hearing that since the defendant also has a prior Rape 2nd conviction and is registered as a sex offender, bail should be substantially increased in that he faces a significant number of years in a state correctional facility.
Judge Jerry J. Scarano agreed with the DA’s Office and raised bail to $50K/$100K along with an order of protection barring him from contact with the victim, should the defendant post. It is unlikely that the defendant would be released however, since parole has also filed a detainer against him for a parole violation.
DA Murphy said “we believe that because the defendant fled from NY and went to Texas to avoid prosecution previously, he has demonstrated that he is in fact, a flight risk and that he disobeys the order of the court. In addition as a sex offender and prior felon he faces an enhanced sentence and therefore we asked for bail to be increased.”
No new return date has been set in Saratoga County Court.