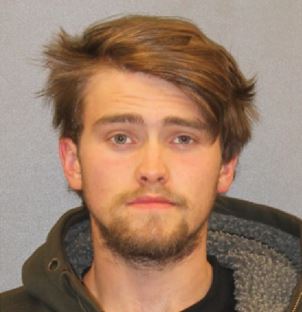 Saratoga County District Attorney Karen A. Heggen announces that Justice D. Locke (dob 12/11/01) of Indian Lake, New York pleaded guilty today in Saratoga County Court to one count of Assault in the First Degree, in violation of New York State Penal Law Section 120.10(1), a “Class B” violent felony before Saratoga County Court Judge James A. Murphy, III.  Defendant Locke admitted entering the apartment of a Corinth man in the late hours of October 26, 2021, and assaulting the man with a tomahawk-style axe, causing serious physical injury to the victim.

On the morning of October 27, 2021, the Saratoga County Sheriff’s Office was called to an apartment located on Mallery Street in the Village of Corinth in response to a 911 call from a cab driver.  The driver discovered a male victim with serious physical injuries and in need of immediate medical intervention.  The man was treated by EMTs from Jessup’s Landing EMS and airlifted to Albany Medical Center for critical emergency care.

An investigation by the Saratoga County Sheriff’s Office led by Investigators Jeff Bouyea and Steven Brown pointed towards a person of interest who had entered the Cumberland Farms store in the Village of Corinth in a highly agitated state and had signs of blood on his hands.  Through further investigation this person was identified as Justice D. Locke, a resident of the Town of Indian Lake.  Sheriff’s Investigators were able to locate Mr. Locke in the Town of Indian Lake and he voluntarily went with the Investigators to the Saratoga County Sheriff’s Office for an interview.  Defendant Locke subsequently admitted to assaulting the victim with a tomahawk-style axe.  Additionally, he admitted to fleeing the scene after the assault and later hiding the weapon in a building in Indian Lake.  Investigators further corroborated the admission of the Defendant by locating the weapon used in the assault and connecting the Defendant to the scene of the crime through analysis of forensic evidence collected there.

District Attorney Heggen noted that “Defendant Locke’s plea today to a violent, unprovoked assault is the result of solid investigatory work of the Saratoga County Sheriff’s Office.  The mountain of evidence in this case brought about the defendant’s admission that he caused serious physical injury to the victim with a tomahawk-style axe.  We anticipate a significant state prison sentence when the defendant is sentenced on July 14, 2022”.