HALFMOON MAN PLEADS GUILTY TO LARCENY, FACES UP TO 15 YEARS IN PRISON 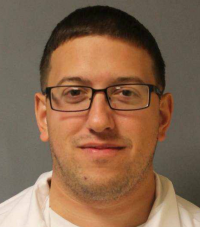 Saratoga County District Attorney Karen A. Heggen announced today that Anthony F. Aubin (DOB 10-28-89) of Halfmoon, NY pled guilty before Saratoga County Court Judge, James A. Murphy, III to Grand Larceny in the Second Degree, a class “C” felony and Grand Larceny in the Fourth Degree, a class “E” felony, in violation of New York State Penal Law Section 155.40(1) and 155.30(1). At sentencing scheduled for March 23, 2021, he faces 7 ½- 15 years in prison for the Grand Larceny Second and 1 ½-3 years in prison for the Grand Larceny 4th. Aubin will be sentenced as a second felony offender; the sentences shall run concurrently with one another.

Aubin admitted to selling vehicles that he did not own and keeping the proceeds for himself. His pleas cover several other charges connected to fraud and larceny in Saratoga County.

District Attorney Heggen noted “The defendant admitted today that he once again scammed innocent victims for his own personal gain. The fact this is not the first time he has engaged in similar criminal conduct is the reason for the anticipated significant sentence so that he will not be able to prey on innocent victims for several years to come”.