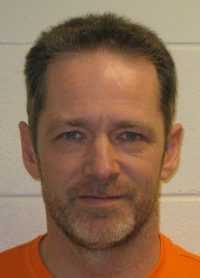 Defendant Hands admitted today that, being twenty-one years old or more, he engaged in oral sexual conduct conduct with a child less than 17 years of age during July 2017 in the Town of Charlton.  The investigation by the New York State Police based in the Town of Malta revealed that Hands initially began a relationship with the victim child on-line.  The defendant cultivated that on-line relationship over a period of time with the young victim, ultimately arranging to meet the victim in person in the Town of Charlton.  In pleading guilty today, Hands admitted under oath that he had sexual contact on two separate occasions with the child victim.

Heggen commended the investigatory work of the New York State Police, Malta Barracks.  “The New York State Police’s team of investigators worked diligently to identify and apprehend the defendant in this case. Today, the defendant, who admitted to praying on a vulnerable young victim, was held responsible for his conduct.  The defendant faces between 7 and 8 years of incarceration in state prison when he is sentenced on March 2, 2018 at 9:30 am”.

Heggen also noted the work of Assistant District Attorney Michele Schettino prosecuted the case.  “The defendant’s plea today demonstrates the thorough and complete preparation of ADA Schettino in preparing this case for trial”.