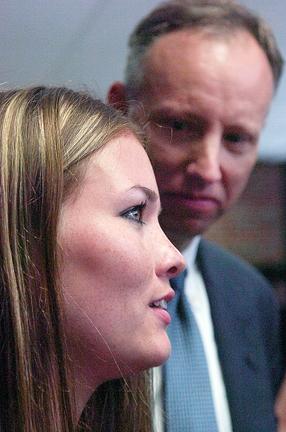 District Attorney James Murphy looks on while the Victim in the Hernandez Lopez case speaks out for the first time to the media about the harrowing ordeal she went through as her abductor threatened her. This brave young woman not only confronted her abductor at the time of the sentencing in the courtroom and addressed him face to face, but also had the courage to speak out after the sentencing to the media and encourage other women who are victims of crimes to come forward and not be afraid.  She is an inspiration to victims everywhere and she is a role model for how she took a terrifying situation and directed that emotion into a life’s mission of helping others. She was honored at the 2010 Crime Victim’s Annual Candlelight Vigil and received the DA’s Annual Public Service Award for her incredible resilience in fighting of this man who very likely would have raped her and killed her as he threatened to do while he pointed a loaded gun at her. He is presently serving a lengthy sentence in a state correctional facility.