Child Sexual Abuse Victim Tells Abuser: “I am a Survivor” 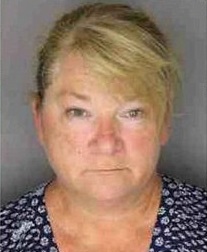 Saratoga County District Attorney Karen A. Heggen announces the conviction of Elizabeth M. Barthelmas, of 26 Plum Court, Wilton, New York following her guilty plea to Rape in the First Degree, a “B Violent” felony, in violation of New York State Penal Law Section 130.35(4).  Defendant Barthelmas admitted that she was over the age of eighteen and that she engaged in sexual intercourse with another person who was less than thirteen years old.  Barthelmas admitted to engaging in this conduct between July 2007 and December 2007 in the Town of Wilton. Barthelmas was sentenced by Saratoga County Court Judge James A. Murphy, III to 15 years of incarceration in prison, to be followed by 20 years of post-release supervision.

Today at sentencing, the victim provided a powerful and compelling victim statement in which he detailed the consequences and impact the defendant’s repeated sexual assaults had on him at the time of the offense, as well as in the subsequent years.  He told Barthelmas, “[Y]ou took away one of the most important aspects in life, my innocence.  You tainted a precious period of my youth and took something from me that I will never be able to get back”.  He spoke about the challenges he faced in subsequent years, noting that she “betrayed me and everyone around [her] by acting with such manipulation and abuse.  As [I was] a child, you took full advantage of my body and my brain.  It’s sickening”.

The victim also demonstrated his strength and courage in his statement.  He noted that “they say if it doesn’t kill you it makes you stronger…I’m the strongest I’ve ever been”.  He spoke about how he has progressed since the defendant has been charged and convicted.  He stated that

“We need to hold female perpetrators to the same standards as males.  No man or woman        should have to endure sexual abuse at any age.  I home my story will encourage other           victims to share theirs.  I will prove that good may come from evil.  I am a survivor”.

Prosecuting Assistant District Attorney Jennifer L. Buckley acknowledged the strength of the victim and the heinous actions of the defendant.  She said, “This case demonstrates that the pain of child sexual abuse is the same regardless of whether the victim is a boy or girl or whether the perpetrator is a man or a woman”.  ADA Buckley pointed out that the defendant was in a position of trust and authority as a teacher, and yet abused that position of authority to take advantage of a young boy.  Buckley noted that it was the defendant’s actions that forever altered the course of the victim’s life and that he would never get the time back that he struggled to understand and deal with the abuse brought upon him by the defendant.

As he imposed the maximum sentence called for in this case- 15 years incarceration in a state correctional facility, Judge Murphy observed that the defendant had “violated the ultimate trust a teacher has with their students”.  In addition to the 15 years incarceration, the defendant was sentenced to 20 years of post-release supervision, a permanent Order of Protection was issued in favor of the victim until 2041, and surcharges and fees of $ 1,425 were imposed.

District Attorney Heggen praised the work of the Saratoga County Sheriff’s Office, particularly the Investigations Unit for their diligent and thorough work in this case.