Charles Wilkinson, charged with Murder 2nd held, for action by the Grand Jury at the conclusion of the Preliminary Hearing today in Malta Court. 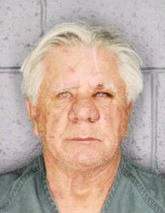 Charles Wilkinson, charged with Murder 2nd held, for action by the Grand Jury at the conclusion of the Preliminary Hearing today in Malta Court.

Saratoga County Distinct Attorney James A. Murphy, III announced today that former Nassau County Police Officer Charles Wilkinson (DOB 2/21/1946) of 9 Meadow Rue Place, Malta, NY, who is charged with Murder in the 2nd degree for allegedly killing his wife at their home in Luther Forest on May 30, 2014, was brought to Malta Town Court today for a preliminary hearing.

Malta Court Town Judge James A. Fauci presided over the hearing which was to determine whether sufficient evidence exists in the Murder 2nd case to hold the defendant in jail until such time that a Grand Jury can consider Mr. Wilkinson’s case. Typically only one or two witnesses are called at preliminary hearings.

The DA’s Office called one witness, namely Saratoga County Sheriff’s Investigator Rick Capasso who testified that the defendant gave a written statement to the Sheriff’s Department and that statement was provided after the defendant’s Miranda warnings were administered to him. The statement of the defendant was offered into evidence. In addition the death certificate of Wilkinson’s wife, the victim, Kathleen Wilkinson (DOB 5-17-1949) was entered into evidence listing the cause of death as “asphyxia due to strangulation.”

The defense called no witnesses.

At the conclusion of the 1 hour hearing, the Judge granted the People’s motion to hold the defendant over for action by the Grand Jury. The DA’s Office now must present the case of People v. Charles Wilkinson to the Saratoga County Grand Jury within 45 days to seek an indictment. The Grand Jury may consider the charge of Murder in the 2nd Degree and any other charges that they find appropriate.

There will be no further appearances in Malta Town Court for the case. If the Grand Jury finds for an indictment then the next Court appearance would be at a date yet to be determined in Saratoga County Court. The Grand Jury’s scheduling is confidential by statute.

DA Murphy said “The hearing today was the next step in the prosecution of the defendant and we will be presenting the Murder case to the Grand Jury in the near future. As a former police officer Mr. Wilkinson knows his rights and that is what the investigator testified about today in court. Clearly based on the death certificate, we are alleging that they fought and he strangled her and choked her to death. While we recently seem to have had a number of domestic violence cases we hope that those in abusive relationships will reach out for help before it’s too late by calling the Domestic Violence Rape Crisis Hotline at 518-584-8188