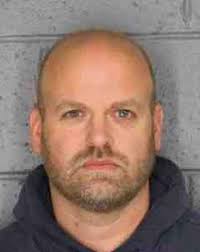 Locke was the Treasurer of the Greenfield HSA at the time of the theft. It is that position which gave him access to the bank accounts of the HSA. He admitted stealing approximately $15,070.70 over about a one year period. He admitted he stole the money to pay for his car, household bills and also his wife’s credit card bills. At the time of the theft, he was also the President of the Board of Education for the Saratoga Springs School District. He resigned from that position shortly after his arrest.

An accounting by the school and the HSA uncovered a pattern of behavior which involved Locke taking cash payments for himself and writing checks to himself  for bills that did not exist. Many valid bills did not get paid during this time such as yearbooks for many children and many vendors.  While exact amount of loss is extremely difficult to calculate, since much of the money came into the HSA as cash as a result of fundraisers, DA Heggen said that her office was confident that they could prove the theft of at least $15,070.70 beyond a reasonable doubt.  Therefore, that is the amount of restitution sought from the defendant.

Heggen further praised the extraordinary efforts of the Greenfield Home School Association and the many parents of the Greenfield Elementary School who continued their fundraiser efforts in spite of the conduct of Chip Locke. “The funds may have been stolen from the accounts of the Greenfield HSA but the money taken benefited all of the kids in various programs at the school such as field trips, pizza parties, books and sometimes even a forgotten lunch.”