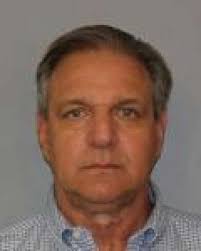 District Attorney Heggen stated that Defendant Donadio, as President of Power Pallet Recycling, knowingly and unlawfully withheld $152,086.61 from Stewart’s Shops Corporation over a 3 year period of time.  Heggen stated the investigation by the New York State Police revealed that during this time-frame Donadio under reported the weight of the items which he recycled on behalf of Stewart’s by approximately 20%.  The scheme was designed to increase profits for Power Pallet Recycling by stealing a percentage of the recycling money owned by the Stewart’s Shops Corporation.

Assistant District Attorney Charles Bucca prosecuted the case and in Court today echoed the comments from the Stewart’s Shops Corporation that today’s sentence included several important components to ensure justice was done in this matter: (1) full restitution for the Stewart’s Shop Corporation, (2) a term of incarceration and, (3) a public admission that Mr. Donadio and Power Pallet Recycling were committing Grand Larceny.