Antonio L. Bautista gets 11 years for kidnapping and sexual attack on 67 year old woman at West Side Stadium Restaurant 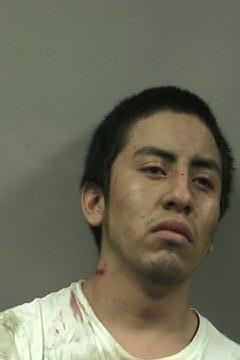 Man who sexually assaulted 67 yr. old woman in parking lot of West Side Stadium Restaurant gets 11 years in prison plus deportation by Judge Scarano in Saratoga County Court today Saratoga County District Attorney James A. Murphy, III announced today that Saratoga County Court Judge Jerry J. Scarano sentenced Antonio L. Bautista (DOB 8/13/1993) of South Federal St. Saratoga Springs, to 11 years in a state prison for the May 2012 attempted kidnapping and sex attack on a 67-year-old Saratoga Springs woman in the parking lot of the West Side Stadium Restaurant on Congress Street in Saratoga Springs. The following are the sentences that the judge imposed relative to the jury’s verdict on each charge: • 11 years – Attempted Kidnapping 2nd., “C” Violent Felony • 7 years – Sexual Abuse 1st, “D” Violent Felony • 7 years – Assault 2nd, “D” Violent Felony, 2 counts • 1 year – criminal Obstruction of Breathing, “A” Misdemeanor. and in addition to the above, 10 years of post-release supervision after the defendant is released from prison due to the sexual nature of the offenses. The sentences must run concurrently (at the same time) as a matter of law. The defendant was also found to be a Sex Offender and must register with the NYS Sex Offender Registry, although that may be rendered moot as he is likely to be deported by The Department of Homeland Security, Immigrations, Customs Enforcement upon his release from prison as he is in the United States illegally. The sentencing by the judge stems from an incident where the defendant attacked a 67 year old woman behind the West Side Stadium Restaurant and Legends Cafe, in the vicinity of Congress Street in Saratoga Springs in the early morning hours of May 22, 2012, while she waited in her parked car for her husband who was inside. Bautista lay in wait under cover of darkness observing her sitting in the driver’s seat, snuck up to her vehicle while she sat quietly inside, opened the door to the car and attacked her, ripping her from her seat, beating her about the head, neck and body, while she grasped the seatbelt in an attempt to prevent him from getting her out of the vehicle. He was able to overpower her and drag her, more than sixty feet away from her car, the lighted parking lot and the restaurant parking lot, down Congress Street into a dark area where he removed her shirt and bra and pulled down her pants when he tried to sexually assault her. Her continuous screams and resistance alerted neighbors who summoned police who responded immediately. Saratoga Springs Police Department Officers apprehended him hiding near the scene minutes after the attack. District Attorney Murphy said “If the law allowed it, this man should serve the rest of his life behind bars. He is violent, dangerous and evil. He attacked a completely innocent woman in a parking lot who was minding her own business waiting for her husband to finish a cleaning job. Bautista is a cunning predator who kidnapped, sexually assaulted and choked a 67 year old woman. I’m so thankful for ADA Schettino’s work, the bravery of the victim and the cooperation of the West Side Stadium Restaurant owners whose parking lot camera caught it all on video.” Assistant DA Michele Schettino said “Cases of this nature are very difficult to prosecute since there are rarely witnesses other than the defendant and the victim, but by having it all on camera the jury could see how violent the crime was and how dangerous the defendant is.” Hon. James A. Murphy, III Saratoga County District Attorney Director and Past Chair NYS District Attorney’s Association 25 West High Street Municipal Center Ballston Spa, NY 12020 518-885-2263 wk 518-884-8627 fax DA website: www.jimmurphyda.com Follow me on Twitter: @JimMurphyIII