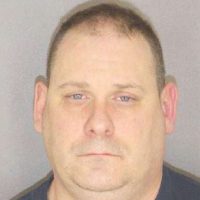 Defendant Willetts admitted in court to Judge Murphy that he engaged in multiple acts of sexual conduct with a child less than thirteen years old over a period of more than two years.  His plea was taken in satisfaction of multiple crimes committed over a period of March, 2009 to January, 2020, when he was arrested by the Saratoga County Sheriff’s Office.  Willetts was suspended from his position as a deputy sheriff at the time of his arrest, and resigned from that position shortly thereafter.

Sentencing is scheduled for September 16, 2021, when it is expected Willetts will receive a sentence of 16 years incarceration in a state correctional facility, to be followed by a period of post-release supervision to be determined by the Judge, which can range from 5 to 20 years.  He will also have to register as a sex offender upon his release from prison.

District Attorney Heggen commended the diligent work of the members of the Saratoga County Sheriff’s Department to gather and obtain the evidence needed to achieve this conviction.  “Sheriff Zurlo’s team worked tirelessly to identify and uncover the overwhelming evidence in this case which resulted in the defendant’s guilty plea today”.