Virginia J. DeCapria sentenced to up to 9 years in state prison for stealing $500,000 from Charlton Fire District No. 1 and for not paying taxes to New York State Department of Taxation and Finance and ordered to pay restitution. 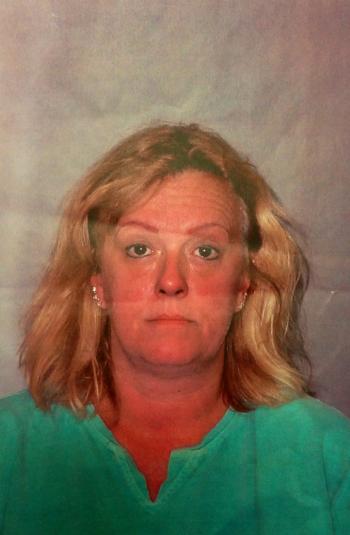 Saratoga County District Attorney James A. Murphy, III announced today that Virginia J. DeCapria, DOB 10-20-1960, of 773 Charlton Road, Charlton, New York, was sentenced to 3 to 9 years this afternoon before Judge Jerry J. Scarano on Grand Larceny in the Second Degree, a class C felony (Penal Law Section 155.40) for her theft of $499,413.00 between January 2005 and December 2010 in her capacity as Secretary/ Treasurer of the Charlton Fire District No. 1. DeCapria was also sentenced to 1 to 3 years on Criminal Tax Fraud in the Fourth Degree NY Tax Law Section 1803 (class E felony) for failing to pay taxes on those stolen monies. By law, both of those terms must run concurrently. DeCapria’s pleas of guilty are the same as if a jury had deliberated on the case and returned verdicts of guilty on the highest charges possible. DA Murphy said “Virginia DeCapria violated the public’s trust by lining her pockets with taxpayer’s money to the tune of half a million dollars. Thankfully New York State Comptroller Thomas DiNapoli uncovered the theft during an audit of the Charlton Fire District No. 1. and worked with my office and the New York State Police to bring criminal charges immediately. Due to DeCapria’s greed, Charlton’s fire district residents were deprived of the money they would have had to buy fire trucks and medical equipment to protect them from fires and assist in medical emergencies in their district. Mrs. DeCapria used their money to buy iPods, laptops, plastic surgery, cigarettes, and Schwan’s frozen food delivery for herself and her family. The prison sentence of 3 to 9 years will give her a chance to think about what she did and figure out how she’ll pay it all back. Any of her assets, bank accounts, or property can be used toward her theft. Additionally the small amount she will earn during her time at state prison will go toward restitution for the Fire District. The Fire District will continue making fire safety their number one concern.” Assistant District Attorney Debra A. Kaelin who prosecuted the case said, “Mrs. DeCapria continues to blame others for her own criminal behavior. State prison is the only appropriate sentence given her ongoing scheme of manipulation and cover up. While the volunteers went about their work assuming the money was in good hands, the defendant was using the cash for personal expenses all in violation of her sworn duty to residents of the fire district.” On behalf of the Charlton Fire District No. 1, Terry Hannigan, Esq. read a statement to the court which detailed how the defendant’s theft affected the volunteers of the Charlton Fire District, the Board of Commissioners and ultimately all the residents and taxpayers. DeCapria was taken into custody immediately after sentencing.