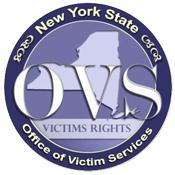 On Sunday December 9th 2012, I was driving my normal route to work at 5 in the morning. I wanted to go in early so that I could help my team before the store opened. I had started my first job out of college just a few months earlier, and was anxious to make a good impression and feel comfortable in my new role. I was driving south heading toward Ballston spa when I saw extremely bright lights heading in my direction. As I got closer to the approaching vehicle, I slowed down and stayed as close to the side of the road as possible, without running into the grass. The next thing I knew my car was being struck by the oncoming vehicle, which was deafening. My car rolled at least once, and I remember thinking to myself “why is this happening?” before losing consciousness. When I woke up, the car was smoking and I was dizzy and could not take a deep breath; I checked to make sure I could feel my limbs, because that was the first thought that came to mind. After doing that I called 911 and was taken away in an ambulance to Albany Med. I was absolutely terrified and shivering uncontrollably.
While the staff and doctors at Albany Medical were such great care takers, the hard part of this accident came when I was in a room with my parents, and a nurse told me I had broken my back, and that if I moved too much I could be paralyzed for the rest of my life. I was in such shock I didn’t know what to think. I knew I was in a lot of pain, but paralysis being such a feasible outcome was terrifying. Luckily this was not the case for me and I was and still am so grateful.

After being released from the hospital a few days later, I had to adjust to living life without being able to use my back. Everything from walking, to sitting, to raising my arms hurt. I was not able to shower or get dressed alone for five weeks, and going back to the job I love anytime soon was out of the question. My life had been irrevocably changed, through no fault of mine. I endured a series of doctor’s visits with various specialists, both here and on Long Island. My car, which I had just bought, was totaled, my career had potentially stalled, and the prognosis for a full recovery is still uncertain. While I was simply trying to get to work, to live a responsible and productive life, I was hit by a drunken driver, an individual who seemingly had no regard for himself or anyone else. I am hurt. I am angry, and I resent the effect this man has had on me and my family. To this day I am always conscious of how I move and go about doing normal daily activities such as driving, lifting or even standing. My range of motion has been compromised, and my activities have been limited. I am restricted in what I can and cannot do for recreation, and have had to give up things that I previously loved to do. There isn’t a day that I have been able to take that back road or a poorly lighted road at night, or even get in the car to drive since the accident without being reminded of what happened.

I’m alive, for which I am grateful. I am back at work, although still in a limited capacity. I am able to get out, to spend time with friends, to begin to enjoy my life once again. But I want this court, and the defendant, to know what the consequences of his behavior have been, and for him to reflect on this while he is incarcerated for as long as the law allows.