Mavashev and Broscko previously pleaded guilty and admitted that on August 7, 2017 they acted in concert when they intentionally caused the death of David Feliciano in his Mechanicville home during the course of a robbery.

District Attorney Heggen noted that this was not a random attack of violence, but rather a calculated, premediated crime against a man that the defendants knew.  The police investigation revealed that Mavashev and Broskco were armed with modified with firearms while committing the murder and that both firearms were ultimately recovered thanks to the continued law enforcement investigation.

Hon. James A. Murphy, III heard a number of powerful and sometimes tearful Victim Impact Statements from David Feliciano’s mother, girlfriend, younger brother, older sister, godmother and father during today’s sentencing.  District Attorney Heggen noted that “In addition to the victim impact statements themselves, the number of Feliciano’s loved ones that attended today’s sentencing reflected the devastation that this selfish crime has caused to his family and friends.  Because of the number of Feliciano’s supporters who were present today, the sentencing was moved to the largest courtroom in the Saratoga County Courthouse”.

DA Heggen echoed her statement at the time the defendant’s pled guilty in February saying, “It is because of the quality, speed and thoroughness of the investigation conducted by the Mechanicville Police Department, the New York State Police, including the Major Crimes Unit and the Forensic Identification Unit and with assistance from the Bureau of Alcohol, Tobacco, Firearms and Explosives, that my office was able to secure these convictions and obtain significant sentences which may result in the defendants remaining incarcerated for the rest of their lives.  We are truly fortunate to have such dedicated law enforcement agencies in our county.”

Assistant District Attorneys Charles Bucca and Jesse Ashdown prosecuted the cases.  District Attorney Heggen commented that “I am proud of the hard work my office as a whole, and in particular that ADA Bucca and ADA Ashdown, put into these cases.  Today’s convictions reflect the efforts, dedication and professionalism which the Saratoga County District Attorney’s Office exhibited throughout this prosecution.” 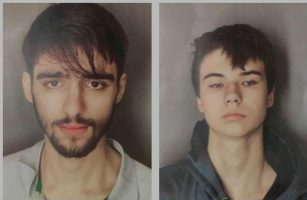