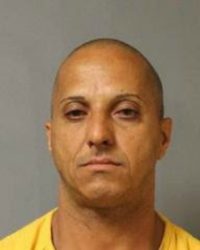 District Attorney Heggen praised the efforts of the Saratoga Springs Police Department who investigated Diaz’ failure to register with the New York State Department of Criminal Justice Services as a Level II Sex Offender following his arrest on August 16, 2016.  The Saratoga Springs Police Department investigation included assistance from the Washington County Sheriff’s Office to uncover the fact that Diaz had also failed to register as a sex offender. He was subsequently charged for that felony.

DA Heggen noted that Diaz prior convictions reveals a history of repeatedly engaging in conduct deemed reprehensible.  Heggen said, “Wilfredo Diaz failing to register is just one of many examples of this failure to comply with the laws of our state.”

Heggen praised the efforts of Assistant District Attorney Victoria Graf, who was assisted by Assistant District Attorney Michele Schettino.  “Ms. Graf set forth a complete, logical, factual and detailed case for the jury.  She called over 10 witnesses and introduced more than a dozen pieces of evidence to demonstrate beyond a reasonable doubt that Diaz knew he was required to comply with the Sex Offender Registration Act and that he knowingly failed to do so last year as he worked at the Saratoga Thoroughbred Race Course.”

Judge Sira remanded the defendant to the Saratoga County Jail without bail.  She scheduled sentencing for June 5, 2017 at 1:30 pm.