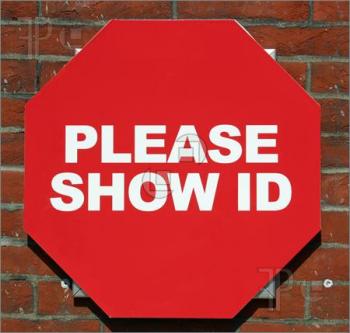 On May 18th, 2013, the Saratoga Springs Police Department worked a joint alcohol compliance check with the New York State Police and the New York State Liquor Authority. The checks were conducted at several establishments within the City of Saratoga Springs that sell alcoholic beverages and were done to ensure that alcohol is only being sold to individuals twenty one years of age or older.

Arrested during the investigation were Mark C. Hayles (57 yoa) of Circular St. Saratoga Springs, New York and Keith D. Ramsey (25 yoa) of State Rt. 29 of Schuylerville, New York. Both subjects were charged with one count of Prohibited sale of alcohol to a minor, which is a Class A Misdemeanor of the New York State Alcohol Beverage Control Law. Both subjects were issued an appearance ticket to appear in the Saratoga Springs City Court on June 6th 2013.

Saratoga County District Attorney James A. Murphy, III praised the work of the Saratoga Springs Police Department, the New York State Police and the New York State Liquor Authority for the collaborative work in targeting alcohol beverage retailers, bars and restaurants in the underage drinking “sting” operation to ensure that only those of legal age are able to purchase alcohol. While 17 passed without selling to a minor, unfortunately, two establishments failed, by selling to a minor, who is not from the area, looked less than 21 and had no form of identification on his person. Therefore if he was asked to show identification he would not be able to provide any form of ID.

“I am happy to see that our alcohol beverage retailers, bars and restaurants are working hard to make sure that they do not sell to minors. In this “sting” operation, 17 bars on Henry and Caroline Streets in downtown Saratoga Springs, along with alcohol retail establishments refused to sell to someone underage. As I have said all along, our downtown bars and restaurants don’t want to sell to minors. They have always stood with me in ensuring that only those 21 and over are served alcoholic beverages. In fact they continuously and voluntarily send new bouncers, bartenders and staff members to our TIPS (Training for Intervention Procedures) training which:

Our downtown business owners join with me in wanting Saratogians and visitors to enjoy our vibrant downtown in a safe and responsible way.”

On the two businesses that failed the “sting” in that they allegedly sold to a minor, DA Murphy said:

“While there was nearly full compliance, two businesses failed. In one case, the employee was only on the job for less than 30 days. Our hope is that by continuing these “sting” operations in the future, we will have total compliance and no one will sell to a minor in the future. Our goal is to have anyone selling alcohol, in retail and service industries to have gone through the TIPS Program.”

One of the sales occurred at a wholesale alcohol beverage retailer in the city. The other at a wine store not in the downtown area.

Heather Kisselback of the Prevention Council said, “The Prevention Council applauds all of the establishments who passed this weekend’s alcohol compliance checks. Compliance checks are an important piece of our overall community effort to decrease alcohol availability to minors. These local businesses and their personnel help to contribute to the health and safety of the youth in our community. ”