Showing May 21: Domestic Violence/Rape Crisis Mini Event for a viewing of the film: Rape or Regret? A Jury’s Dilemma 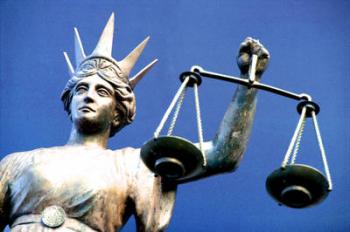 The stereotype of a rapist is a masked stranger jumping out of the bushes. That’s far less common than date r or acquaintance rape. Did you know? • Most rape victims know their rapist. • Teens and young adults experience sexual assault at higher rates than the general population. • Alcohol is the most common ‘date rape drug’. Here’s a movie you can watch with your teen to start the discussion. Rape or Regret – YOU be the jury…. “Rape or Regret: A Jury’s Dilemma”, a locally produced film (“Law and Order”-style), will be featured at the Saratoga Film Forum on Tuesday, May 21st at 6:30 pm. All are invited to attend the film and mock-jury deliberation to determine the guilt of the fictional 18 year-old defendant, Ryan Kelly. Over the past few months, the Saratoga Community has been repeatedly reminded that sexual assault does, in fact, happen here. In 2012 alone, Domestic Violence and Rape Crisis Services of Saratoga County (DVRC) served 123 victims of sexual assault. This 1 hour film shows, in understandable detail, how teenage sexual assault can happen. It promises to be an eye-opening lesson. Check out the film’s trailer on YouTube (“Rape or Regret? A Jury’ s Dilemma Trailer 2012). “Rape or Regret” was produced by the Ballston Area Community Allies to be used as an educational tool to help students better understand sexual assault and learn some prevention strategies. Viewers hear testimony of Tonya (the complainant), Ryan (the defendant), their attorneys, and many witnesses as the case unfolds. Feedback from recent viewers: “it was very realistic” and “I liked how it took a situation that could very easily happen to kids our age and showed a very real consequence”. Come to the Forum on Tuesday and bring your teens. This is your chance to open an important conversation with them and in your community. Please join us Tuesday, May 21, at 6:30 for a free viewing of Rape or Regret: A Jury’s Dilemma, an educational video produced by Ballston Area Community Allies, a community mobilization project by Saratoga’s own Domestic Violence and Rape Crisis Center (DVRC), highlighting the ethical and legal issues in date rape cases.

Watch as the story unfolds in a courtroom drama that will make you ask: Was it rape or consent?

After the video, share your perspective and join a discussion led by DVRC staff!

Sponsored by DVRC. Free to the public!

A great opportunity for parents and teens to gain some perspective on the issue of teen sexual assault. A discussion will follow the 1 hour film which was produced by the Ballston Area Community Allies as an educational tool.

For more information copy and paste this link into your browser