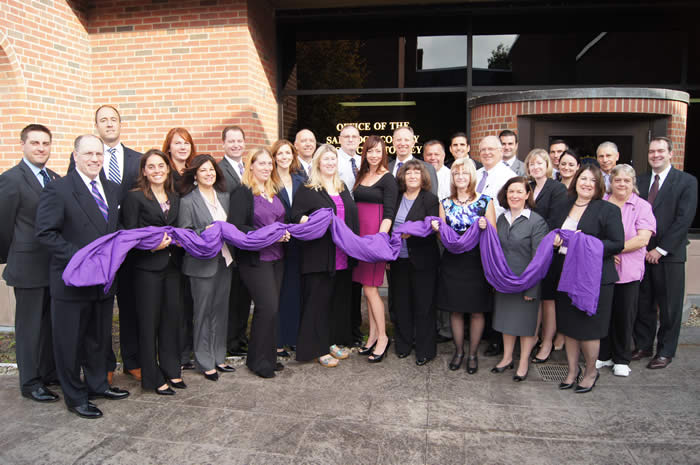 This is the sixth year of the campaign, coordinated by the NYS Office for the Prevention of Domestic Violence. From skyscrapers to bridges, storefronts to shopping centers, purple lights illuminate the nights of October. People wear purple clothing while police cars and municipal vehicles display purple magnetic ribbons. This low or no-cost campaign has grown from several dozen participants in 2008 to many hundreds.

The Saratoga County DA’s Office wears purple to bring about awareness to the crimes surrounding domestic violence during October’s Domestic Violence Awareness month outside the Offices of the DA.