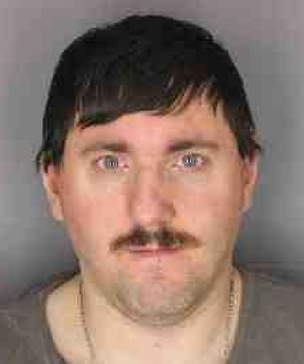 At sentencing today, defendant Gaudet heard from four of his victims.  One victim took the stand and directly addressed the defendant.  She told Judge Murphy how the defendant’s actions caused her to be “scared to go out in public for months…because [he] knew where [she] lived”.  She told the defendant “you are not a human, but a monster”.

Assistant District Attorney Michele Schettino read victim impact statements from three other victims. The victim of the Rape in the First Degree charge was only 16 years old when she was violently raped by defendant Gaudet.  Her statement recounted how she begged and pleaded with him to stop.  He had been someone she had previously trusted, and “he violated not only my body but also my trust”.  She demonstrated her strength and said, “What the defendant has done to me sucks, but I am not letting this run my life…”. She concluded by saying Gaudet “is a liar and a monster.  I have no doubt that if given the chance he will do this again”.

The mother of the victim of the Predatory Sexual Assault Against a Child submitted a victim impact statement on behalf of her daughter, who was 1 ½ to 4 years old when she was abused.  ADA Schettino also read the statement.  The mother started the statement by saying “I am appalled at what Marshall Gaudet has done.  Not only to my child, but to others as well.  It takes a real monster to harm an innocent and defenseless child”.  She went on to recount the significant and long-lasting impact the defendant’s actions continue to have on her daughter and their family. She concluded her remarks to the Court by saying

“He deserves and needs to spend his life in a jail cell.  He should not be allowed in society.  He would only do it again to another child.  There is nothing he could say or do to make me believe he wouldn’t do it again.  You have to be a complete monster to touch an infant like he did.  Monsters don’t change”.

ADA Schettino also read the final victim impact statement from the teenage victim of the charge of Possessing a Sexual Performance of a Child.  She told the defendant “you are such a sick man.  I feel bad for the other victims you have done this to, but now I hope you sit there and think about all the horrible stuff you put us girls through [sic].  You don’t even know the pain we suffer through every day because of you….I have developed so much stress, depression and anxiety because of you”.  She went on to say “I hope from this day forward none of us girls [sic] will have to remember what you put us through.  I hope that I never get told you got out of jail.  I hope you have a nice long sentence”

Gaudet admitted in October to having created and possessed multiple items of child pornography.  During the creation of the child pornography, he also committed acts of forcible rape and on-going acts of sexual assault.  He also admitted to possessing more than one image of a sexual performance by a child.  His crimes spanned the time period of 2013 to 2016.

ADA Schettino addressed the Court and detailed the defendant’s conduct in committing the crimes he admitted to committing. She began by recounting how the brave teenage rape victim came forward to report the deliberate, calculated methods the defendant used to “Catfish” her on line.  He established a false identity on Facebook, represented that he was just a teenager and proceeded to ingratiate himself in the young teen’s life, getting her to consider him as a boyfriend.  His continued manipulation of this young teen lead to a meeting in person, where he forcibly raped her.  He captured the violent rape on video and in photographs.  He threatened to harm her if she reported the crime to the police.  She bravely reported his crime and threats to the Saratoga County Sheriff’s Office, which began an investigation that resulted in the convictions today.  ADA Schettino said this brave young teen “shined a light on the dark life of the defendant”.

This victim’s initial report lead to a search warrant that was executed at his residence.  The Saratoga County Sheriff’s Office retrieved numerous electronics that contained thousands of images of child pornography that the defendant meticulously organized, stored and catalogued so he could access.  The number of images- both video and photographs- represented hundreds of young women.  Some victims could be identified and others could not.  Victims were located in this area, and as far away as Kansas and Texas. He obtained many of these images by using similar methods he used to befriend the rape victim.  He met them on line, pretending to be a friend, a peer.  He then engaged in a process that lead them to trust him.  He solicited images from these vulnerable young teens to add to his collection of child pornography. In addition to the images, the members of the New York State Police Computer Crimes Unit also retrieved a manual from his electronic equipment that provided directions of how to find, groom and sexually manipulate young victims.  The manual also described how not to be caught. The methods in this manual are eerily similar to the methods the victims described used by the defendant.

District Attorney Heggen also noted, “Each individual who spoke today all separately characterized the defendant as a “Monster”. It is a fitting term to describe the unthinkable acts defendant Gaudet repeatedly committed against such young, innocent victims. I trust that Judge Murphy’s sentence of 25 years to life results in removing him from our community for the rest of his life”.

Finally, DA Heggen noted the efforts of ADA Michele Schettino.  “Ms. Schettino’s professionalism, dedication and tireless work on this case resulted in the defendant entering a plea to the top count of the indictment and receiving the maximum sentence for that offense- 25 years to life.  We are very fortunate in Saratoga County to have such a dedicated public servant working daily to serve the interests of justice for the most vulnerable victims of crime”.