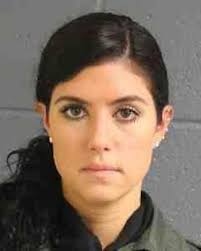 Saratoga County District Attorney Karen A. Heggen reports today that Maria L. Lentini, of Saratoga Springs, New York (dob 8/15/85) was sentenced to 1 1/3 to 4 years in state prison for Leaving the Scene of an Incident without reporting (personal injury) that results in death, in violation of New York State Vehicle and Traffic Law Section 600(2)(a) by Saratoga County Court Judge James A. Murphy.  Lentini was convicted by a jury following a 5 day trial in November, 2016 for the “Class D” felony.  The charges stem from a crash on State Route 9 in the Town of Halfmoon, that occurred on December 6, 2015.  Lentini struck Patrick Duff with her car.  Following the crash, the evidence at trial proved that Lentini then made 17 calls from her cell phone to friends and family over the course of more than an hour and 15 minutes before her sister called 911 to report the crash.  Trial testimony also revealed that two of Lentini’s friends arrived at the scene of the crash, saw her car and the victim of the crash, but Lentini was not at the scene.  Additionally, a video from a Stewarts Shop located adjacent to the crash scene captured a car arriving at the scene, picking up a person and then leaving for a period of approximately 15 minutes.  That same car was depicted in the video arriving back at the scene just before 911 was contacted.

Judge Murphy heard from the members of the victim’s family about Patrick Duff and the impact this incident has had on their lives.  Judge Murphy reviewed the various materials he considered from numerous sources in reaching a determination today regarding a sentence.  Judge Murphy also addressed issues raised by some who sent him letters as to why no blood was drawn from Lentini.  DA Heggen notes that “based upon the investigation of the case, and that the video evidence showing the defendant had left the scene was not obtained until many hours after the incident was finally reported to law enforcement authorities, there was no legal authority or ability at that time to seek a court order to obtain a blood sample from Lentini.”  The Judge went on to review all of the acts the defendant did, and ultimately concluded that all people have a responsibility to call authorities before he imposed the state prison sentence.