Saratoga Springs man gets 10 years for Rape in the First Degree and also 1-3 years for damaging 15 gas tanks on vehicles and 3 years for Attempting to Burglarizing a house in Halfmoon, in Saratoga County Court. 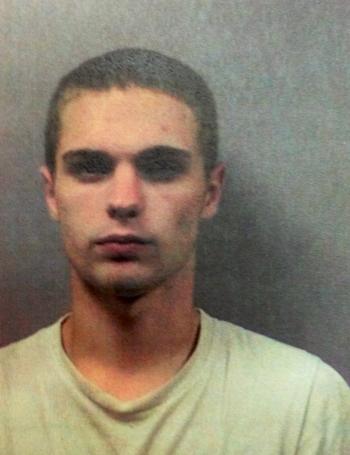 August 6, 2013 Saratoga Springs man gets 10 years for Rape in the First Degree and also 1-3 years for damaging 15 gas tanks on vehicles and 3 years for Attempting to Burglarizing a house in Halfmoon, in Saratoga County Court. Saratoga County District Attorney James A. Murphy, III announced today that Zachary Currier (dob 6-20-94) of Geyser Road, Ballston Spa, NY, was sentenced to 10 years in state prison for Rape in the First Degree and also 1-3 years in a state prison for Criminal Mischief for damaging gas tanks on vehicles and 3 years in a state prison for Attempting to Burglarize a house in Halfmoon, plus 20 years of post release supervision before the Hon. Jerry J. Scarano County Court Judge. The sentences will run at the same time, or concurrently. Currier had previously pleaded guilty to Rape in the First Degree a violent felony for forcibly compelling a female to have intercourse. The victim awoke to her assailant, Mr. Currier, in her bedroom with what appeared to be a handgun, which was ultimately determined to be a pellet gun. He proceeded to threaten her and forced her to engage in sexual intercourse. In addition to the state prison sentences, Orders of Protection were issued. Mr. Currier will also have to register as a sex offender upon his release from prison. He will also be considered for the possibility of Lifetime Civil Confinement by the NYS Attorney General’s Office due to the nature of this crime and his prior history. The victim of the rape and defendant had known each other for some time. In an unrelated investigation, Currier also admitted to playing a part in a string of Criminal Mischief cases wherein he and his co-defendants drilled holes is the gas tanks of vehicles and drained them of gasoline. He was sentenced today to 1-3 years in a state prison based upon his admission of guilt. A restitution order was signed for the victims who incurred costs in repairing their vehicles. The vehicles were damaged in various towns throughout Saratoga County. Restitution is in the amount of $3,240.77 for the 15 gas tanks. In addition, Currier pleaded guilty to an unrelated Attempted Burglary which occurred in the Town of Halfmoon. He received a sentence of 3 years in a state prison for his role in that crime with post release supervision of 3 years. Restitution has been ordered for the victims of the Attempted Burglary. The property attempted to be taken was one or more flat screen TVs. Murphy said, “A combination of prison and post release supervision totaling 30 years will keep a tight rein on Mr. Currier. He deserves the sentence he received today and the judge admonished him. This sentence is appropriate as it keeps our community safe, satisfies the victim and correctly punishes him. Lyn Murphy, the Assistant DA who prosecuted the case worked closely with the rape victim who is extremely thankful for the sentence and relieved that she has an order of protection through 2030. He will no longer be a threat to her and for that we are all grateful. ” Hon. James A. Murphy, III Saratoga County District Attorney Director and Past Chair NYS District Attorney’s Association 25 West High Street Municipal Center Ballston Spa, NY 12020 518-885-2263 wk 518-884-8627 fax DA website: www.jimmurphyda.com Follow me on Twitter: @JimMurphyIII