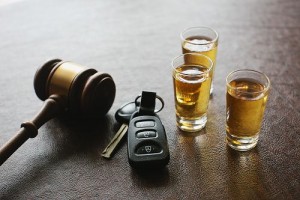 Over a ten (10) day period the jury heard testimony from over 30 witnesses (both law enforcement and civilian) and reviewed over a hundred (100) pieces of evidence that detailed the defendant’s conduct on June 30, 2015.  The testimony and evidence showed that Wager rode his ATV and drank throughout the course of the day right through the fateful moment just after Midnight on June 21, 2015 when, as a result of his intoxicated operation he lost control of his All-Terrain Vehicle (ATV) around a curve on Hans Creek Road in the Town of Providence, causing his passenger Roxanne Opalka to be ejected from the ATV and into the side of a pick-up truck parked in an adjoining driveway.  Opalka tragically died from her injuries on scene.  Defendant Wager was transported to Saratoga Hospital, where a chemical test of his blood revealed a blood alcohol content (BAC) of 0.19% – more than double the legal limit.

District Attorney Karen A. Heggen praised the work of the Saratoga County Sheriff’s Department in this case, specifically Deputy William Kitts, Deputy Robert Whipple, Deputy Clayton Brownell, Deputy Dana Leonardo and Investigator Herrick.  “The fine work of the Saratoga County Sheriff’s Department was instrumental in securing a conviction in this case.  The work of Deputies Brownell and Leonardo in reconstructing the crash as well as Investigator Herrick in overseeing the investigation of this case was of critical importance.  The efforts of Deputy Kitts in meeting the Defendant and securing statements as to how the crash occurred – and most importantly that the Defendant was driving at the time of the crash carried the day.”

District Attorney Heggen noted that the Opalka family has been involved in the case from the very inception, and were satisfied with today’s verdict.  “While today’s verdict will never bring Roxanne – a daughter, mother, sister and friend – back into the loving arms of her family, there is some measure of closure and justice for them today.”  DA Heggen reflected upon the impact of this tragedy, in that “Defendant’s decision to drink and drive – even after having been previously convicted of DWI offenses has taken Roxanne Opalka (a mother and champion horsewoman) away from her two (2) children, her family and her community.”   DA Heggen stated that “for many factors, including the Defendant’s conduct in this case, his aggravated blood alcohol content (BAC) of 0.19%, as well as his prior convictions for DWI and DWAI- both in 2007- my office will be advocating for the maximum sentence of 5 to 15 years’ incarceration in state prison at the time of sentencing.”

Defendant Wager was represented at trial by Stephen Coffey.  Wager was remanded without bail to the Saratoga County Jail until his sentencing date of September 8, 2016.