Saratoga County Sheriff’s Deputy Charles E. Fuller arrested by FBI in cooperation with Sheriff’s Department for alleged sale of kilo of cocaine for $4,000 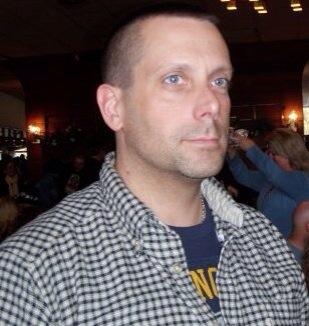 District Attorney James A. Murphy III added to this release the following:

“I applaud Sheriff Zurlo, the FBI and US Attorney Hartunian for their extraordinary undercover work today which resulted in Mr. Fuller’s arrest.  Since this investigation is federal, the US Attorney is the office that will be prosecuting this case.  No one in law enforcement wants to work with someone who is allegedly breaking the law.  As law enforcers and prosecutors we hold ourselves to the highest standards.   I join my honest, hard working colleagues in the  law enforcement community who are shocked, saddened and angered as I examine this case.  I am outraged to think that someone among us has violated the law that we work so hard to uphold, all for his own personal gain and profit.  It  is only appropriate that Fuller will no longer be working with us and most fortunately he has not been participating in any cases of significance so his departure will not affect our pending cases.”

The complaint alleges that on or about February 27, 2014, members of the Federal Bureau of Investigation, with the assistance of a FBI confidential source, arranged for a controlled delivery by Charles E. Fuller of what was purported to be one kilogram of cocaine. After Fuller transported the confidential source and one kilogram of a substance the confidential source claimed was cocaine from a location in Albany County to a location in Warren County, the FBI confidential source paid Fuller $4,000 in prerecorded currency. Fuller is alleged to have engaged in this conduct while he was off-duty.
U.S. Attorney Hartunian said, ìThis is a difficult day for law enforcement in Saratoga County and beyond. The conduct by Deputy Sheriff Fuller alleged in the complaint constitutes a betrayal of both the citizens in the community that he is sworn to protect, but also the countless honest and dedicated law enforcement officers who put their lives on the line every day to keep us safe. We will continue to work with the FBI and our state and local law enforcement officers to root out this conduct wherever it lies.î
Special Agent in Charge Andrew W. Vale stated, ìCorrupt law enforcement officers insult the many honorable officers who serve with integrity. Any law enforcement officer who violates his oath to protect the community and instead takes part in criminal activity should expect the same outcome as a criminal. The public has the right to be assured of the integrity of its public servants, in particular those charged with enforcing the law. Todayís arrest serves as a reminder that no one is above the law and that the FBI is committed to working with the law enforcement community to prevent the erosion of public trust that accompanies such incidents. I would like to extend my appreciation to Saratoga County Sheriff Zurlo for his cooperation throughout this investigation.î
Saratoga County Sheriff Michael H. Zurlo stated, “The allegations against Fuller are an affront to and undermine the integrity of the hardworking men and women of the Saratoga County Sheriff’s Office. We will not tolerate corruption among our ranks. Our promise to the people of Saratoga County is that we will continue to work diligently to ensure that every member of this office deserves the respect and trust of our community.”
A criminal complaint is merely a formal charge that a defendant has committed a

violation of federal criminal law, and every defendant is presumed innocent until, and unless,