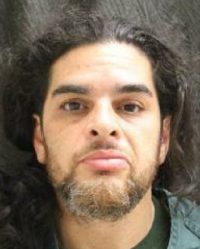 Saratoga County District Attorney Karen A. Heggen announced that Juan A. Vazquez (DOB 10-7-73), of 129 Saratoga Ave, South Glens Falls New York, was sentenced today by Saratoga County Court Judge James A. Murphy, III, to 20 years to life in a state correctional facility for his guilty plea to Murder in the Second Degree, in violation of Section 125.25(1) of the Penal Law of the State of New York, a Class “A-1” Felony.  At the time he entered his plea, Vazquez admitted that on April 10, 2020 he intentionally caused the death of victim Kenny J. Shipski.  The case stemmed from an argument over drugs that ended with Vazquez stabbing the victim multiple times after visiting his room at the Clearview Motel in the Village of South Glens Falls.

District Attorney Heggen stated that “This very sad case demonstrates that in the world of illegal drugs, violence is often inevitable. With this plea to Murder in the Second Degree and the imposed 20 years to life sentence, Vazquez admitted that he killed Kenny Shipski in his hotel room. This conviction means a very dangerous offender is off the streets and will very likely spend the rest of his life in prison.  It is because of the quality, speed and thoroughness of the investigation conducted by the New York State Police, South Glens Falls Police Department and the Saratoga County Sheriff Office initial responders that my office was able to secure a plea to the top count, Murder in the Second Degree.  We are truly fortunate to have such dedicated law enforcement agencies in our county.”

Heggen also noted that the District Attorney’s Office has been in regular contact with the victim’s family throughout the proceedings, two of whom spoke at sentencing.

The victim’s father told the court: “Although this sentence will not bring my son back it’s my hope that it will keep the defendant from committing such a heinous crime again.”

The girlfriend and mother of the victim’s two children also spoke: “[W]e are all now left to grieve the loss of our provider, our rock, their role model, and my everything.  We all now feel completely alone and lost in this world without our Kenny.”