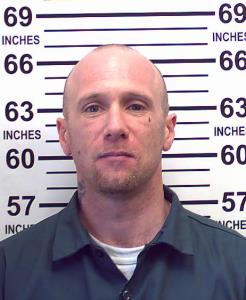 The jury found that on November 30, 2020, in the Town of Day, the defendant Michael Zakrzewski strangled and assaulted the victim when she attempted to leave his residence. The victim was able to escape to a neighbor’s house and the police were called. Feeling safe that the police were on their way, the victim went back to the defendant’s house to get her belongings. The defendant forced the victim into the back of his car, abducting her to a remote, wooded area where he held her overnight to avoid the police. After his arrest, the defendant proceeded to call the victim approximately 100 times, begging her not to testify against him, to tell law enforcement that she did not remember what happened, or to recant her story.

District Attorney Heggen noted that “This case highlights the challenges and difficulties often faced by victims of domestic violence- the victim was held against her will, suffered physical injuries at the hands of the defendant and was also repeatedly contacted by the defendant to not cooperate in the prosecution of this case.  With the good work of several members of the Saratoga County Sheriff’s Office, Assistant District Attorneys Meghan Horton and Andreanna Diliberto were able to methodically piece the evidence together for the jury.  The jury’s guilty verdicts on each count demonstrates they were able to conclude that the defendant Zakrzewski committed each of these crimes.”

The defendant will be sentenced by Saratoga County Court Judge James A. Murphy, III on Monday, May 2, 2022 at 1:30 pm.  Judge Murphy may take into consideration that the defendant has three prior felony convictions and a history of domestic violence with at least three other women.  He faces up to 25 years incarceration on the top charge of Kidnapping in the Second Degree.