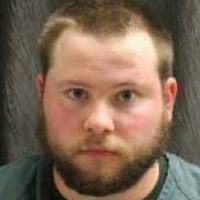 The defendant was convicted of Assault in the First degree as a result of intentionally inflicting serious physical injury to Michael Desnoyers, a neighbor, by means of deadly weapon when he shot Desnoyers in the back with an AR-15 style assault rifle.  The shooting occurred on October 8, 2017 after the defendant became enraged while at a gathering inside Desnoyers’ garage on Laurel Road in the Town of Moreau.  The defendant left the garage, came back approximately five minutes later and opened fire on Desnoyers who was still standing in the garage next to his girlfriend. Desnoyers’19 year old step-son ran into the garage when he heard the gun fire and upon hearing the final gunshot –the eighth gunshot– watched his father fall to the ground in front of him.  Desnoyers was left paralyzed from the waist down as a result of the defendant’s actions. The bullet from the shooting remains lodged in his back.

District Attorney Heggen commended the efforts of the New York State Police for their work investigating this case.  Heggen also noted, “The civilian witnesses’ testimony provided the jury with first-hand accounts of the defendant’s actions that night.  Their gripping testimony along with two harrowing 911 calls from that night provided the jury with a realistic account of the fear and distress that no human being should ever endure.”

The trial began on October 1, 2018 with jury selection and continued throughout the last three weeks.  Closing arguments were delivered Friday, and the jury began deliberations Monday at approximately noontime.  The jury foreperson delivered the verdict at approximately 5:45 pm on Monday, October 22, 2018.  Saratoga County Court Judge James A. Murphy, III presided over the trial.  The defendant was represented by William Montgomery.  The case was prosecuted by First Assistant District Attorney Alan M. Poremba, and assisted by Assistant District Attorney Shawn Lescault.