Each year, Saratoga County pauses to reflect and remember the victims of crimes committed in our community during National Crime Victims’ Rights Week.  This year is no exception to the desire to remember and reflect on the impact crimes have on our community, but is unusual in that we are doing so by reaching out virtually and symbolically to “Support Victims Build Trust and Engage Communities”- the 2021 theme of Crime Victims’ Rights Week.

The faces and stories of crime victims come from family, friends, neighbors and community members.  Since the passage of the Victim of Crime Act of 1984, the work of dedicated advocates, lawmakers and victim service providers have made available a growing array of services and resources for victims and their loved ones.  This year, Saratoga County commemorative events include:

District Attorney Heggen observes that “The annual observance of National Crime Victims’ Rights week allows our community to honor crime victims and those who advocate on their behalf.  The national theme of “Support Victims. Build Trust.  Engage Communities.” recognizes the contributions of the many professionals and volunteers who support the healing journeys of crime victims” 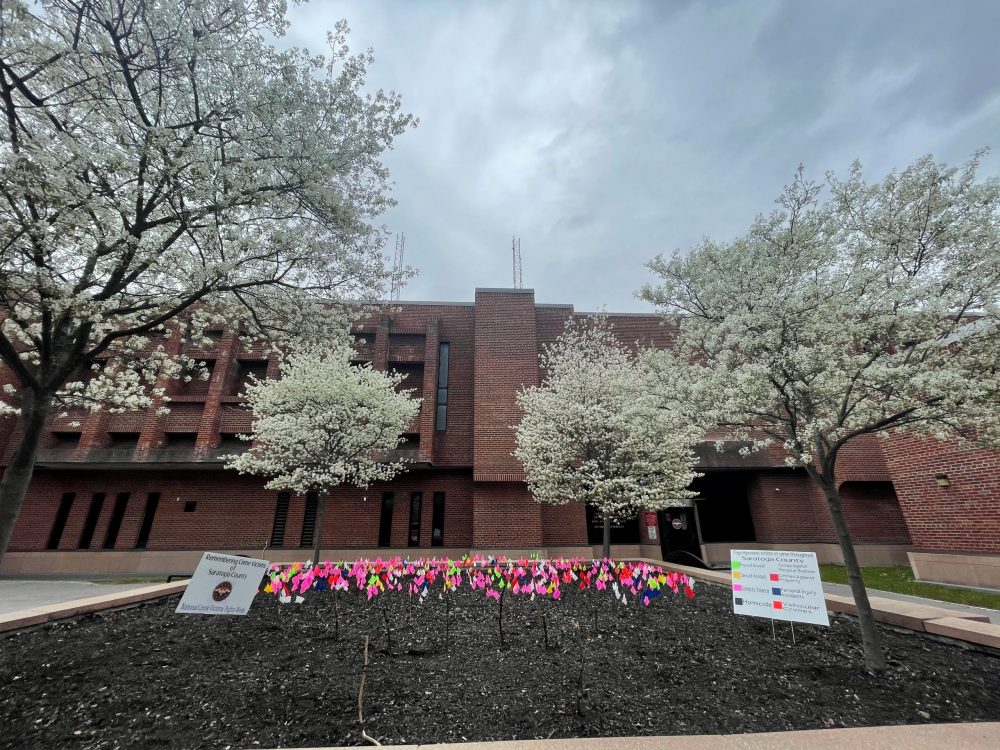 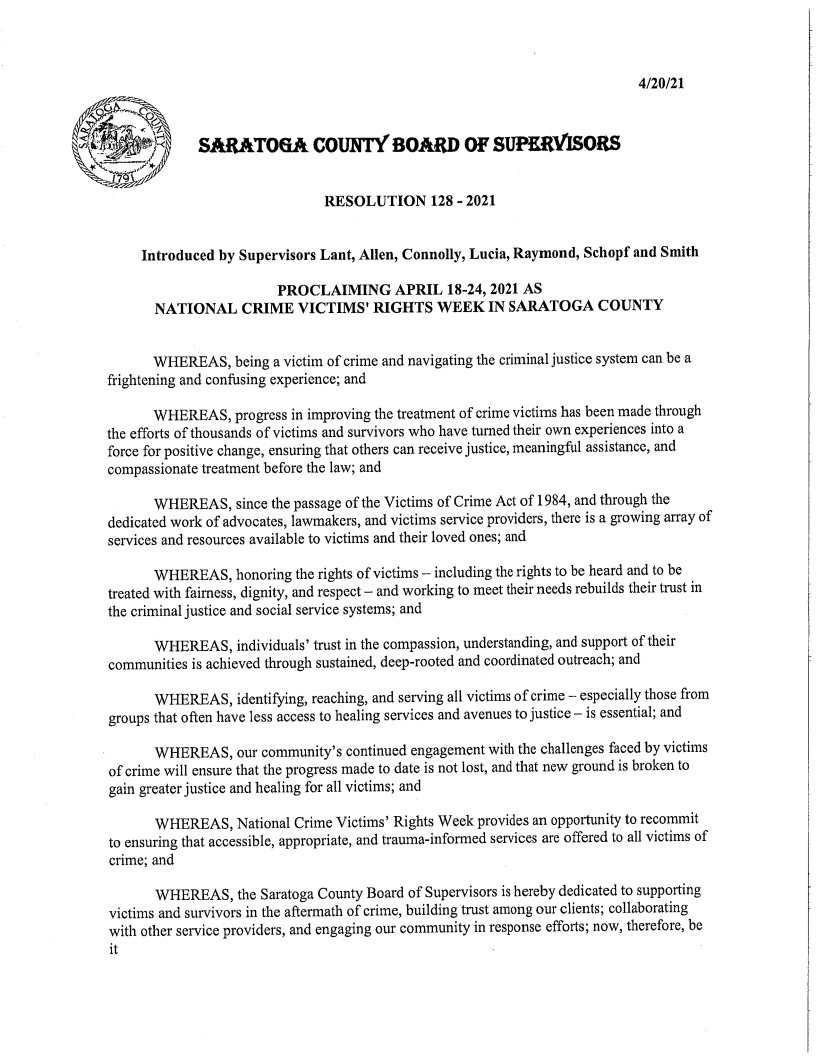