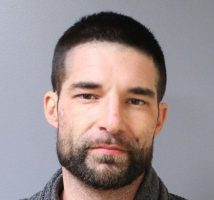 The Defendant had previously admitted that in early February 2022 he entered several businesses in downtown Saratoga Springs, indicated that he had a weapon, and demanded cash from the register.  Although it was later determined that the Defendant did not, in fact, possess a weapon during these crimes, he robbed three (3) separate businesses in such a manner during a single day—two (2) of them less than ten (10) minutes apart.  Ultimately, the Defendant pled guilty in connection with all four (4) of his robberies, will pay full restitution to the victims, and will have his four (4) separate terms of State Prison run consecutively—or back-to-back— to one another.

District Attorney Heggen thanked the Saratoga Springs Police Department and the crime victims for the quick, diligent, and thorough manner, in which the evidence was gathered.

“Within an exceptionally brief period of time, the Saratoga Springs Police Department gathered, analyzed, and acted upon a significant amount of video, eyewitnesses, and physical evidence from four (4) separate crime scenes—all while we had an active crime spree on our hands,” said DA Heggen.  “Because of the experience of law enforcement involved, they were able to apprehend Justin Rock before he could harm anyone else.  Given the wealth of evidence they obtained we were able to bring about a resolution we deemed just for someone with Rock’s significant history.”