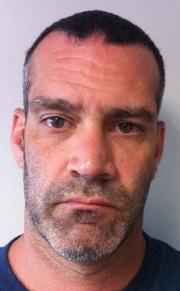 A Saratoga County sex offender released from prison in 2011 who appealed to the Supreme Court Appellate Division to downgrade his sex-offender risk level has been denied.

Paul A. Moss, 44, of Clifton Park is classified as a risk level III sex offender for inducing a 15-year-old girl he met at Chuck E. Cheese in 2010 to accompany him to his apartment and have sex with him.

“We routinely oppose any downgrade of any level of sex offender, because we want to raise awareness in the community, so people know where someone like Mr. Moss is living,” Saratoga County District Attorney James A. Murphy III said. He added that “the location of a sex offender is especially important when they reside near a school, playground or households with children.”