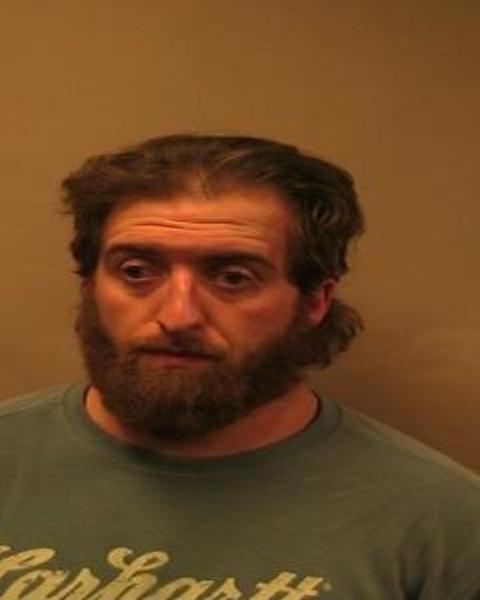 PRESS RELEASE June 13, 2014
Paul E. Nicholson, II pleads guilty in Saratoga County Court to Vehicular Manslaughter 1st, admitting his actions from the June 7, 2013 crash that caused the death of pedestrian Jamie Jo McBride in Saratoga Springs, NY
Saratoga County District Attorney James A. Murphy, III announced today that Paul E. Nicholson, II (DOB 05/04/1985), of 32 Marion Avenue, Saratoga Springs, pled guilty Thursday afternoon in Saratoga County Court to the top two (2) counts of the Indictment against him, both counts being Vehicular Manslaughter in the First Degree, in violation of section 125.13(1) and 125.13(3) of the Penal Law, as class “C” Felonies, before the Hon. Jerry J. Scarano. A trial on this matter was scheduled to begin in Saratoga County Court on June 23, 2014.
Paul E. Nicholson, II pleaded guilty on June 12, 2014 and admitted in Court his actions on June 7, 2013 when he operated a motor vehicle in an intoxicated condition and then struck and ultimately caused the death of Jamie Jo McBride, a 55 year old pedestrian as she walked through the crosswalk on Ballston Avenue in Saratoga Springs, carrying a large umbrella and wearing a bright red fleece.
At approximately 3:30 in the afternoon of June 7, 2013, Nicholson drove his large Ford F-250 Super Duty pickup truck northbound on Hamilton Street in downtown Saratoga Springs and proceeded to make a right-hand turn through the intersection and onto Ballston Avenue/Route 50. A heavily trafficked intersection, many civilian witnesses then watched in horror as Nicholson’s truck turned directly into the path of Jamie Jo McBride, a pedestrian crossing the street, striking her and throwing her to the ground. Nicholson’s truck continued through the turn, causing the passenger side wheels to run over McBride as she lay helpless in the roadway. McBride, who was walking in the center of the crosswalk, had the “walk” signal to cross and was blameless. McBride would later succumb to her injuries at Albany Medical Center.
A Saratoga Springs School bus, also stopped at the intersection, recorded the entire horrific event on its onboard security camera. Thankfully, the bus had completed its run and no school children were on board. Many of the civilians who bore witness to this traumatic event called 911 and ran to the scene of the crash. The School District cooperated fully in the investigation by turning over the onboard security digital recording.
The subsequent investigation revealed that Nicholson had worked an overnight shift the evening before and had spent the day and hours leading up to the fatal crash drinking alcohol in several different bars. A chemical test of Nicholson’s blood revealed a blood alcohol content (BAC) of 0.18% – an amount more than twice the legal limit.
DA Murphy said that “there is simply no excuse for this senseless and completely unnecessary crime. The Defendant’s choice to spend the day bar hopping and drinking alcohol before getting behind the wheel of his truck is criminal. The loss of a human life because of his criminal choices is, unfortunately, the tragic consequence of drunk driving.”
The Office has been in contact with the victim’s family throughout the course of this case, and their input had been a valuable consideration during the process. DA Murphy said “we, along with the family, are pleased that the Defendant has finally chosen to accept responsibility for his actions. While we believe the sentence to be appropriate, there is no amount of time that can compensate for the life of a mother, daughter, wife and friend swept from this earth in such a brutal and unnecessary manner by a drunk driver.”
DA Murphy recognized the efforts of Assistant District Attorney Matthew R. Coseo, who prosecuted the case, as well as the Saratoga Springs Police Department, the New York State Police Forensic Investigation and Crash Reconstruction Units stating, “Assistant DA Coseo was prepared to try this case, and would not have been able to obtain this conviction without the tireless efforts of law enforcement and the civilian witnesses. The level of cooperation that the prosecutors, police and witnesses of this crime demonstrated has brought justice to the family of Mrs. McBride.”
The prosecution of this case was handled by the DWI & Vehicular Crimes Bureau.
Sentencing is scheduled for August 7, 2014 at 1:15 pm. The Defendant is expected to be sentenced on each count to a concurrent state prison term of 3 to 9 years in prison. In addition, the Defendant will be required to install an ignition interlock device in any vehicle he owns or ever operates upon his release for 3 additional years.