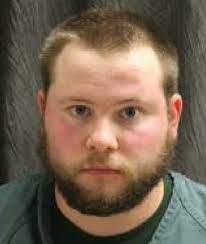 On October 8, 2017, Castro had shot his neighbor, Michael Desnoyers in the back with an AR-15 style assault rifle.  The shooting occurred after the defendant became enraged while at a gathering inside Desnoyers’ garage on Laurel Road in the Town of Moreau.  Castro left the garage, came back approximately five minutes later and opened fire on Desnoyers — who was still standing in the garage next to his girlfriend, Rebecca Lackey.  Desnoyers’ 19-year-old stepson, Charles Miles, ran into the garage when he heard the gunfire and upon hearing the eighth and final gunshot, watched his father fall to the ground in front of him.  Desnoyers was left paralyzed from the waist down as a result of the defendant’s actions. The bullet from the shooting remains lodged in his back.

On November 9, 2018, while awaiting sentencing and facing a maximum potential sentence of over 40 years imprisonment, the defendant filed an application for bail pending appeal to then Third Department Appellate Justice Eugene “Gus” Devine.  Despite the jury’s verdict and the defendant no longer having a presumption of innocence, Justice Devine granted Castro’s application for bail pending the appeal over the People’s strenuous objection.

Assault in the First Degree, in violation of Penal Law §120.10(1), a class “B” violent felony:  25 years incarceration, with 5 years of post-release supervision;

Criminal Use of a Firearm in the First Degree, in violation of Penal Law §265.09(1)(a), a class “B” violent felony: 25 years incarceration, with 5 years of post-release supervision, to run concurrent with the Assault in the First Degree sentence;

Criminal Possession of a Weapon in the Third Degree, in violation of a class “D” violent felony: 7 years determinate incarceration, with 3 years of post-release supervision, to run consecutive to the Assault in the First Degree, Criminal Use of a Firearm sentences, as well as the Reckless Endangerment in the First Degree sentences;

Failure to Register an Assault Rifle, one-year incarceration, which merged with the other sentences.

Although these sentences totaled a potential sentence range of 36 2/3 years to 46 years incarceration,  Judge Murphy had no authority to overrule Justice Devine’s decision to grant the defendant bail pending appeal.

On June 30, 2022, the Third Department Appellate Division affirmed the violent felony convictions and aggregate sentence.  The Appellate Court dismissed a misdemeanor count of Failure to Register but noted that, “…although County Court imposed the maximum allowable prison sentence for each conviction, given the abhorrent conduct and grievous injury to the victim, and the risk of serious injury faced by Lackey and Miles we decline his invitation to reduce his sentence in the interest of justice.”

The Appellate Division also rejected Castro’s claims that County Court erred when it precluded the defendant’s psychiatric defense because the Defendant failed to provide timely and sufficient notice of it.

Today, based on the Appellate Division’s decision, Judge Murphy was able to re-impose his initial aggregate sentence of 36 2/3 years to 46 years incarceration and Castro was remanded to begin his sentence. When the Defendant declined to make a statement despite given the opportunity to do so, Judge Murphy lambasted the Defendant for his lack of remorse and continued unwillingness to take any responsibility.

First Assistant Alan M. Poremba, who tried the case with ADA Shawn M. Lescault, said, “The Defendant’s senseless and cowardly acts have forever changed the lives of Michael Desnoyers, Rebecca Lackey and Charles Miles.  On top of the physical paralysis and the excruciating upper body pain that Michael continues to endure, there is the agonizing emotional toll that he, Rebecca, and Charles cope with every day.  These are three remarkable people who suffered so much at the hands of one man – a man who they saw roaming around their town freely for nearly five years — living his life as if there were no consequences to his actions.  Today, however, they sat in court and witnessed him finally face the consequences.”