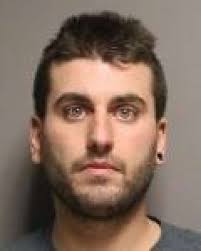 Iacovissi was driving a 2004 Chevy pickup truck on Route 146 on April 20, 2018, in the Town of Clifton Park as he crossed the center line and hit a minivan head-on causing serious injuries to all four occupants.  Police had received reports from concerned civilians who had called 911 about the truck operating erratically, having witnessed the pickup cross the yellow line multiple times and had even struck a guardrail prior to the crash.  State Police conducted a thorough investigation and determined Iacovissi was impaired by drugs at the time of the crash.  Iacovissi admitted today in Court that his ability to operate his motor vehicle was impaired by the use of Fentanyl and that it was a result of that impairment, he operated his motor vehicle in a manner that caused serious physical injury.

DA Heggen said “The fact that Iacovissi got behind the wheel of a motor vehicle while impaired by Fentanyl to such a degree that he was witnessed bouncing off of guardrails along RT 146 like a pinball prior to the crash, prompting numerous calls to 911 is very troubling.  Remarkably, no one was killed.  Unfortunately, four innocent people suffered significant injuries as a result of the defendant’s choices and are still recovering to this day.”

Iacovissi will be sentenced for his conviction of Vehicular Assault in the First Degree and for an unrelated Driving While Ability Impaired by Drugs conviction on December 18, 2018 at 9:30am.