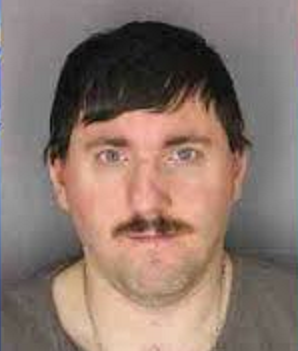 Gaudet was accused in a 55 count Indictment in February 2017, of having created multiple items of child pornography using multiple child victims during the time period of 2013 through 2016.  During the creation of the child pornography, he also committed acts of Rape and Sexual Assault.  Additionally, he was accused in the Indictment of over 10 counts of Promoting a Sexual Performance by a Child and more than 25 counts of Possessing a Sexual Performance of a Child.

In his allocution to the top count of Predatory Sexual Assault Against a Child, Gaudet admitted to Saratoga County Court Judge James A. Murphy, III, that over a period of time not less than three months in duration, he engaged in two or more acts of sexual conduct, which included at least one act of sexual intercourse, oral sexual conduct, anal sexual conduct and aggravated sexual contact, with a child less than thirteen years old.  Regarding the Rape in the First Degree plea, the defendant admitted to Judge Murphy that he engaged in sexual intercourse with another person by forcible compulsion in July 2015.  Additionally, he also admitted to having in his possession or control, a performance which included sexual conduct by a child less than sixteen years of age.  Gaudet’s pleas come just over a week before his trial on the 55 count Indictment was scheduled.

Heggen praised the investigative efforts of the Saratoga County Sheriff’s Office who conducted the investigation.  “The Saratoga County Sheriff’s Office worked in collaboration with Assistant District Attorney Michele Schettino, Bureau Chief of the Special Victims’ Unit to identify the heinous conduct of the defendant and bring him to justice.”  Heggen also noted the collaborative and cooperative work of the New York State Police Computer Crimes Unit who poured through countless computer data to identify and attribute the many child pornography images included in the initial charges against the defendant.

Finally, DA Heggen noted the efforts of ADA Michele Schettino.  “Ms. Schettino has worked tirelessly on this case since the day it came into the office.  Her commitment to preparing for the scheduled trial in this case has been extraordinary.  She is the shining example of a public servant dedicated to bringing about justice for the most vulnerable victims of crime”.