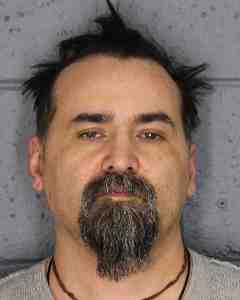 David M. Flick, 42, of Schenectady, was charged Tuesday with fourth-degree stalking, a misdemeanor.  He allegedly sent repeated emails to the Saratoga County Government’s email with an intent to cause alarm.  It is alleged that he sent several emails to the Saratoga County Web site that were perceived to be of a threatening nature.  Flick was arraigned in the Village of Ballston Spa Court by Town Justice Brandi Burns and remanded to the Saratoga County jail in lieu of $2,500 cash $5,000 bond.  An order of protection was also issued barring Flick from all County Office building with the exception of the Office of the Public Defender and any office associated with mental health treatment.

In a separate case,  it is also alleged that he repeatedly made calls to Hammond House, a not for profit treatment facility,  in Saratoga Springs causing alarm and a warrant has been issued for his arrest relating to that incident.  He will be arraigned on the charges of Aggravated Harassment, a Class A misdemeanor in City Court.