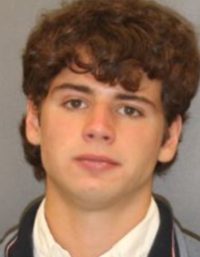 Saratoga County District Attorney Karen A. Heggen announces that Blake A. Heflin, 20, of Malta, New York, was sentenced by Saratoga County Court Judge James A. Murphy, III to a three-year term of probation following his December 23, 2021 plea of guilty to charges of Assault in the Third Degree, in violation of New York State Penal Law Section 120.00(3) and Boating While Intoxicated, in violation of New York State Navigation Law §49-a(2)(d)

Saratoga County District Attorney Heggen continues to extend her sympathies to the Gerber family.  DA Heggen noted that “it is my hope that the sentence pronounced today offers some closure for the loved ones of Ian Gerber knowing that his tragic death is a loss that will never go away or fully be healed.  The victim’s family showed remarkable courage today standing before the Court, facing the young man who is responsible for their son’s death, and wholeheartedly forgiving him for the poor choices he made. The family ultimately chose compassion and forgiveness over anger and retribution.”

Heggen further commended the work of the Saratoga County Sheriff’s Office, who were assisted by the New York State Police, the New York State Park Police and the NYS Division of Marine Services for their hard work after a lengthy investigation. “Had it not been for the diligence of our law enforcement partners who acted quickly, collaboratively and efficiently from the outset, the circumstances of Ian Gerber’s death may never have been fully revealed.”